In the months since Maryland's attorney general said the state's cash bail system violates the constitutional rights of the poor, judges and court commissioners have been requiring fewer criminal defendants to put up money for their freedom.Now they're... 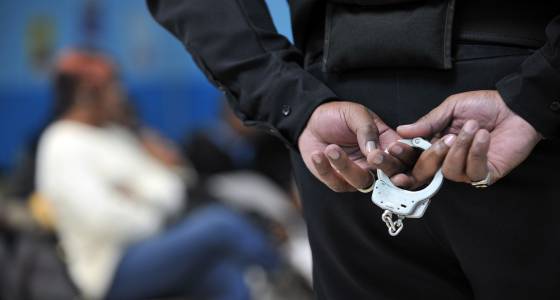 In the months since Maryland's attorney general said the state's cash bail system violates the constitutional rights of the poor, judges and court commissioners have been requiring fewer criminal defendants to put up money for their freedom.

In some jurisdictions, the percentage of cases in which court officials have ordered cash bail has fallen in the last four months by more than half, the data from Maryland District Court shows. In Baltimore, the drop has been more than 10 percent.

Meanwhile, the percentage of defendants held without bail has nearly doubled statewide.

The shift began after Attorney General Brian Frosh issued a legal opinion in October that pretrial defendants cannot be held in detention simply because they cannot afford bail. Chief District Judge John Morrissey followed with a letter to judges and commissioners noting the opinion and offering "cautionary advice" that they fall in line moving forward.

The shift comes amid a growing national conversation about the role of money in the criminal justice system, and growing debate in Baltimore around the treatment of defendants charged with gun crimes. Police and prosecutors, confronting a historic spike in violence, have been increasingly critical of judges and commissioners they say are too quick to release defendants.

Baltimore Police Commissioner Kevin Davis questioned the release this month of Curtis Deal, an 18-year-old arrested on gun or drug charges for the third time in a month. The day after he was released from state detention on an unsecured bond, police say, he raised a handgun at a police detective. The detective shot him dead.

For the third time in a month, 18-year-old Curtis Deal had been arrested on gun or drug charges. Judge Nicole Taylor wanted to be sure the young man understood what was expected if she released him to wait for trial.

For the third time in a month, 18-year-old Curtis Deal had been arrested on gun or drug charges. Judge Nicole Taylor wanted to be sure the young man understood what was expected if she released him to wait for trial.

Striking that balance will be part of the debate as state lawmakers consider broader changes to the state's pretrial system this legislative session.

Frosh and other critics of cash bail say the new court data show the state is moving in the right direction.

They say the shift should become even more pronounced once new limits on cash bail approved by the Court of Appeals — largely congruent with Frosh's opinion — take effect July 1.

"Those are good developments," Frosh said in an interview.

Maryland Public Defender Paul DeWolfe said the court is clearly in a "transition period," during which judges and commissioners have reviewed Frosh's and the Court of Appeals' findings and begun "adjusting to a new idea" that the role cash plays in pretrial detention decisions should be reduced.

Others, including prosecutors and representatives of the bail industry, say they're concerned judges are changing their practices before lawmakers have had a chance to implement changes meant to complement such a shift.

They also question the increased use of unsecured bonds — such as the one Deal received — which they say are never enforced and represent an empty threat that savvy criminals know they can disregard. With unsecured bonds, defendants put no money down but agree to pay the full amount if they fail to show up for court.

The Court of Appeals rule change leaves cash bail as an option for judges, but requires they impose the "least onerous" conditions on defendants who aren't a public safety or flight risk. It also requires them to consider whether a defendant can afford bail before setting the conditions of his or her pretrial release.

Defense attorney Richard Karceski chaired the 2014 state commission that recommended lawmakers create a new agency to help supervise increasing numbers of defendants released from detention before trial to coincide with the elimination of cash bail.

The panel also recommended the adoption of a data-driven tool to help judges assess a defendant's likelihood of fleeing or reoffending if released.

The commission "decided that there should be reform from the bottom up," he said.

"It's not all about bail," he said. "It's really getting the system straightened out."

Maryland's highest court adopted a landmark rule Tuesday aimed at ending the practice of holding criminal defendants in jail before trial when they cannot afford bail.

The seven-member Court of Appeals unanimously agreed on a compromise that does not abolish money bail, as some advocates have urged,...

Maryland's highest court adopted a landmark rule Tuesday aimed at ending the practice of holding criminal defendants in jail before trial when they cannot afford bail.

The seven-member Court of Appeals unanimously agreed on a compromise that does not abolish money bail, as some advocates have urged,...

The District Court data show declines in cash bail in high-crime jurisdictions such as Baltimore and in lower-crime areas. There were declines in counties where risk assessment tools are already being used, and in those where they aren't.

In Baltimore, judges and commissioners set cash bail for about 45 percent of defendants before the opinion and 37.4 percent after.

The data do not show how many defendants were able to pay cash bail and were released and how many were not able and remained behind bars, or whether those percentages also have shifted.

About 1,400 fewer defendants statewide received cash bail in January than in September, but nearly 1,000 more were held without bail. The number of defendants released on their own recognizance increased by about 400, while the number of unsecured bonds increased by less than 70.

Baltimore County State's Attorney Scott Shellenberger, who also sat on the 2014 commission, supports using cash bail in some cases because he believes it's better than other conditions of release for making sure defendants have "skin in the game."

But Shellenberger also supports changes such as a statewide risk-assessment tool, and said it "would be better to have the tools in place before we change how we do things" straight from the bench.

Nicholas Wachinski is CEO of Lexington National, an insurance company that underwrites bonds in criminal cases.

He said he believes judges are "doing their best" and "want to do the right thing," but the court system was not prepared for Frosh's opinion.

Karceski said unsecured bonds are "like lipstick: It looks good, but it's really meaningless."

A court spokesman said the point of unsecured bonds is "not to collect on the bond but to secure attendance at trial."

Maryland's chief District Court judge has issued "cautionary advice" for judges and commissioners on setting bail, after an opinion by Maryland's attorney general said the state's system of holding defendants because they can't afford bail likely would be found unconstitutional.

Maryland's chief District Court judge has issued "cautionary advice" for judges and commissioners on setting bail, after an opinion by Maryland's attorney general said the state's system of holding defendants because they can't afford bail likely would be found unconstitutional.

University of Maryland law professor Douglas Colbert, who has argued against cash bail in Annapolis for nearly two decades, said courts don't collect on cash bail, either, because bondsmen often get forfeitures waived.

Colbert said the rate at which cash bail defendants fail to appear for court is similar to that of defendants with unsecured bonds — which he said makes unsecured bonds, which allow defendants to be released without becoming indebted to bail bondsmen, preferable.

Colbert said the only groups that benefit from cash bail are the insurance companies and bail bondsmen.

Mark Adams, a partner at Broadway Bail Bonds, said society as a whole benefits, because bail bondsmen help the state hold defendants accountable for showing up in court, a role he said the state can't fill on its own without dumping millions of more dollars a year into pretrial services.

Adams said Frosh and other reform advocates know that, and are manufacturing a "crisis" where "the public is very much in jeopardy," so they can point to the resulting problems as evidence the state needs to create an expensive pre-trial agency when it never needed one before.

Lawmakers have introduced several bills in Annapolis to address cash bail. Some would require a statewide risk assessment tool and pretrial services agency. But the future of the legislation is unclear, as is the appetite of legislators to wade into an arena in which the Court of Appeals has recently ruled.

Frosh said he does support "a more robust pretrial system," but he's glad to see judges and commissioners changing their habits before such a system is in place.

"We saw a problem that poor people were being locked up for being poor. That had to be addressed," he said. "It's no secret that I supported legislation that would have created a statewide pretrial system, too. I think that's desirable. But we had to address the constitutional issue."

Frosh has not taken a position on any of the pending legislation in Annapolis.

"The main thing I would hope for from this legislative session is that they do no harm" by passing legislation that would contradict the new rule from the Court of Appeals, he said.

Cherise Fanno Burdeen, CEO of the advocacy group Pretrial Justice Institute, also served on the 2014 commission. She said the shift by judges is a positive step, but there is more work to be done.

"What Morrissey did and then what the Court of Appeals did was at least assure that what's being done is constitutional, but that's not the end of the story," she said. "It shouldn't just be constitutional, it should also be evidence-based."

Burdeen said she wants to see the impact of the shift away from cash bail on jail populations.

Dayvon Love, of Leaders of a Beautiful Struggle in Baltimore, said his organization will be advocating in Annapolis for wholesale reform of the state's pretrial system to reduce incarceration rates by enlisting community leaders — social workers, community mediators, mentors — to provide defendants with services they need to succeed outside of jail.

"The idea of cash bail doesn't make sense in a world where there are other ways to make sure people show up to court that are more beneficial to them and more cost-effective for the state and their families," Love said.