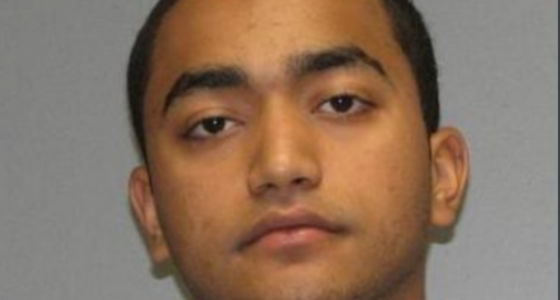 Richard Gill, 23, faces 30 years in prison when he is sentenced for the Dec. 2013 murder of Sharon Serball, 50, in her Elizabeth Apartment. (Union County Prosecutor's Office photo)

ELIZABETH -- A city man faces 30 years in prison after pleading guilty to killing his ex-girlfriend's mother, who was stabbed more than 30 times in her apartment more than three years ago.

Park said Gill is expected to receive a 30-year sentence, and be required to serve the full term before he is eligible for parole.

Authorities and relatives of Serball said Gill had broken into the apartment and repeatedly stabbed Serball. The next day, Dec. 21, 2013, a relative found Serball on the floor of the apartment and called police.

Serball was pronounced dead at the scene, said Union County Assistant Prosecutor Melissa Spagnoli, who prosecuted the case. She said police quickly identified Gill as a suspect in the case, and he was arrested the next day.

Spagnoli said Gill entered the apartment from a fire escape and ransacked the home. She said Gill was in the apartment nearly two hour, changing clothes and taking a bag of evidence with him when he left.

Earlier on the day of the killing, Spagnoli said, Gill had sent multiple hostile text messages to the victim's daughter, who also lived in the apartment but was not home when he broke in.