KUALA LUMPUR, MALAYSIA—Malaysian police said Saturday that they would issue an arrest warrant for a North Korean diplomat if he refuses to co-operate with the investigation into the deadly attack on North Korean ruler Kim Jong Un’s exiled half... 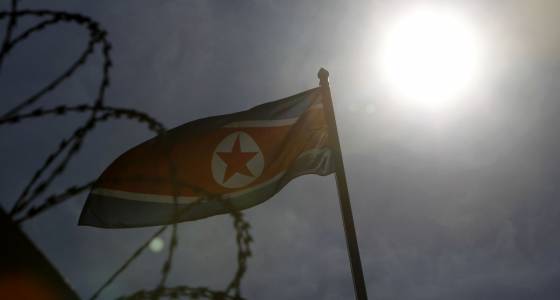 KUALA LUMPUR, MALAYSIA—Malaysian police said Saturday that they would issue an arrest warrant for a North Korean diplomat if he refuses to co-operate with the investigation into the deadly attack on North Korean ruler Kim Jong Un’s exiled half brother.

The investigation has unleashed a serious diplomatic fight between Malaysia and North Korea, a prime suspect in the Feb. 13 killing of Kim Jong Nam at Kuala Lumpur’s airport. Friday’s revelation by Malaysian police that the banned chemical weapon VX nerve agent was used to kill Kim raised the stakes significantly in a case that has broad geopolitical implications.

Police said Saturday that they would conduct a sweep of the airport terminal where Kim was killed to check for possible traces of VX.

Kim was not an obvious political threat to his estranged half brother, Kim Jong Un. But he may have been seen as a potential rival in North Korea’s dynastic dictatorship, even though he had lived in exile for years. North Korea has denied any role in the attack.

Malaysia said earlier in the week that Hyon Kwang Song, a second secretary at the North Korean Embassy in Kuala Lumpur, was wanted for questioning. But authorities acknowledged at the time that he has diplomatic immunity and that they couldn’t compel him to appear.

Abdul Samah Mat, the police chief leading the investigation, said authorities would give the diplomat “reasonable” time to come forward. If he doesn’t, he said, police will issue a notice compelling him to do so.

“And if he failed to turn up ... then we will go to the next step by getting a warrant of arrest from the court,” Abdul Samah told reporters.

Lawyer Sankara Nair, however, noted that diplomats have immunity privileges even in criminal cases.

“If he is a Korean diplomat with a diplomatic passport, then he has immunity no matter a criminal case or otherwise,” he said. “Police can apply for a warrant, but it can easily be set aside by the embassy.”

Malaysia hasn’t directly accused the North Korean government of being behind the attack, but officials have said four North Korean men provided two women with poison to carry it out.

On Saturday, the Indonesian suspect, Siti Aisyah, met with her country’s deputy ambassador to Malaysia, saying she had been paid the equivalent of $90 for what she believed was a harmless prank.

Asked about whether she knew what was on her hands at the time of the attack, Erwin said: “She didn’t tell us about that. She only said that it’s a kind of oil, baby oil, something like that.”

The Vietnamese woman who was arrested, Doan Thi Huong, also thought she was taking part in a prank, Vietnam’s foreign ministry said Saturday, after a representative from the Vietnamese Embassy in Malaysia met with Huong.

An odourless chemical with the consistency of motor oil, VX is an extremely powerful poison, with an amount no larger than a few grains of salt enough to kill. It can be inhaled, swallowed or absorbed through the skin. Then, in anywhere from a few seconds to a few hours, it can cause a range of symptoms, from blurred vision to a headache. Enough exposure leads to convulsions, paralysis, respiratory failure and death.

The killing of Kim Jong Nam took place amid crowds of travellers at Kuala Lumpur’s airport and appeared to be a well-planned hit. Kim died on the way to a hospital, within hours of the attack.

In grainy surveillance footage, the women appear to smear something onto Kim’s face before walking away in separate directions. Malaysian police said the attackers had been trained to go immediately to the bathroom and clean their hands.

Aisyah has said previously that she was duped into the attack, but Malaysian police say the suspects knew what they were doing. Experts say the women must have taken precautions so the nerve agent wouldn’t kill them.

Tens of thousands of passengers have passed through Kuala Lumpur’s airport since the apparent assassination was carried out. No areas were cordoned off and protective measures were not taken.

The sweep was scheduled to start at 1 a.m. Sunday and was to involve officers from the police’s chemical, biological, radiological and nuclear teams, as well as the fire department’s hazardous materials unit and the government’s atomic energy board. Although VX is not radioactive, police said the radiological team and the atomic energy board would be involved as a precaution.