How will Americans spend their tax refunds?

Every year, tax refunds spark a psychological battle for millions of Americans. The payout, on average about $2,800, feels like a windfall that needs spending on something fun. But we know a more responsible track would be to pay down some bills.A good chunk... 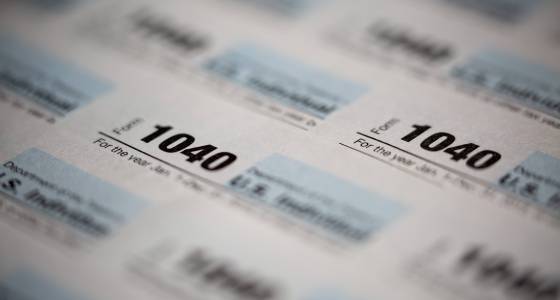 Every year, tax refunds spark a psychological battle for millions of Americans. The payout, on average about $2,800, feels like a windfall that needs spending on something fun. But we know a more responsible track would be to pay down some bills.

A good chunk of the $330 billion or so that will flow back to taxpayers in 2017 will go to overdue bills and necessities. The percentage of consumers planning to put some of their refund toward paying down debt rose to 35.5 percent, from 34.9 percent last year, according to an online survey of 7,609 taxpayers by the National Retail Federation and Prosper Insights & Analytics. The percent of consumers saying they needed to put the refund toward everyday expenses fell to a record low of 20.9 percent.

While overall household debt in 2016 was down 1 percent compared with the crisis days of 2008, according to the Federal Reserve Bank of New York, student loan debt is way up, reaching a record $1.31 trillion. And U.S. consumer credit saw its smallest annual rise since 2013 last year.

But revolving debt-basically credit card debt-rose by 6.1 percent, the most since 2007. Personal savings as a percentage of disposable income was 5.4 percent in December 2016, according to the latest data from the Bureau of Economic Analysis. That was down from November's 5.5 percent and October's 6 percent.

Among younger taxpayers, a sense of responsibility has been building, according to the new report. Close to 58 percent of filers ages 18 to 24 in the NRF survey said some of their refund would go to savings, and 33.2 percent will pay down debt. They did have the lowest percentage of taxpayers saying they'd put some of their refund toward a vacation, at 8.1 percent. Millennials between the ages of 25 and 34 had the highest percentage saying they'd put some of a refund toward home improvements, at 11.4 percent.

But not all younger Americans are turning into ascetics. The most likely age group to make a "splurge" purchase? That's the younger millennials again, at 13.4 percent.

In the NRF survey, the percentage checking off "major purchases" as one way they plan to spend their refund fell to 8.7 percent, the lowest in the survey's history. The percentage of adults over 18 saying they'll put some money toward a vacation was 10.7 percent, a drop from 11.4 percent last year.

Overall, taxpayer plans to splurge, a category added in 2015, fell to 7.6 percent from 8.3 percent last year and 10.2 percent in 2015. In a survey of about 25,000 TurboTax users, the percentage saying they'd spend their refund on such needs as rent, groceries, and bills was far higher than in the NRF survey, at 61 percent.

Home repairs or a car were cited by 23 percent, as were such needs as emergency or unexpected expenses. The kind of debt that most filers paid down with their refund was credit card debt (59 percent), past due regular bills (29 percent), and student loans (28 percent).

The TurboTax survey included people who had filed taxes already. In the NRF survey, done from Feb. 1 to Feb. 8, more than 22 percent of respondents had already filed, and 36.7 percent said they would file by the end of February.

The NRF survey also showed that the very young and the very old have something in common: Presumably simpler taxes means that about 14 percent of each age group will do their taxes by hand. A greater percentage of men file by hand than do women, at 16.2 percent compared with 10.7 percent for women. More women turn to accountants, or have a spouse, friend, or other relative prepare their taxes.