The two stray dogs who became heroes when they foiled a mugging in a Queens earlier this month were tragically euthanized by the city after officials decided they were “too aggressive” for adoption.Animal lover George Petruncio desperately tried to adopt... 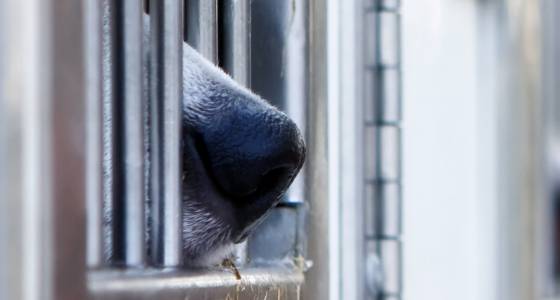 The two stray dogs who became heroes when they foiled a mugging in a Queens earlier this month were tragically euthanized by the city after officials decided they were “too aggressive” for adoption.

Animal lover George Petruncio desperately tried to adopt the German shepherd and pit bull after they chased down a teen mugger in Springfield Park on Feb. 7 — but the pooch pal learned the sad news on Friday.

“They never gave the dogs a chance,” Petruncio told The Post. “They did a good thing and this is how you repay them? It’s garbage.”

The dog devotee from Sewell, New Jersey said the death of the dogs was just the latest in the city’s animal blunders.

“You already knocked off Charlotte the groundhog, Lefty the Deer and the bull in Queens,” he said. “I wanted to adopt them. I am really angry.”

The canines were sent to Animal Care Centers after they tackled the 15-year-old mugger when he ran off with a women’s purse. On Friday the Health Department said the dogs were deemed “too aggressive” for adoption and “humanely euthanized.”

Cops in Queens’ 105th precinct — where the dog heroics took place — had reached out to Animal Care and Control after the attempted mugging in an effort to connect the dogs with rescue groups who could take them in, according to sources.

“The dogs deserved a second chance because of how they helped out,” a police source said. “It just doesn’t seem like justice was served for these dogs.”

But Animal Care and Control officials said it was up to the Department of Health, which dropped the guillotine Friday because staffers feared the dogs might attack someone else.

“After a comprehensive assessment by an animal behavioral specialist, the two dogs that mauled a teenager were determined too aggressive to be placed at rescue organization or put up for adoption,” health department spokesman Julien A. Martinez said. “They were humanely euthanized today.”