TAMPA — Medical marijuana businesses already approved by the state would get a significant leg up on future competition under regulations being considered in Hillsborough County.4 Months Ago2 Weeks Ago7 Months AgoDraft language of the new rules — which... 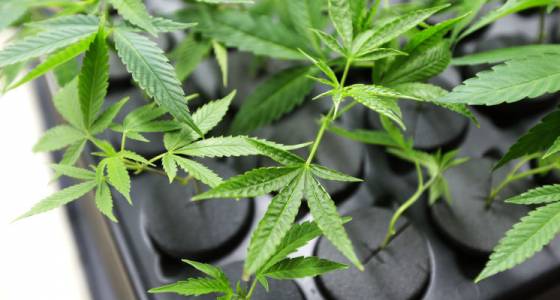 TAMPA — Medical marijuana businesses already approved by the state would get a significant leg up on future competition under regulations being considered in Hillsborough County.

Draft language of the new rules — which could be approved as early as next month — show Hillsborough plans to create a 30-day window for marijuana companies to apply for a limited number of licenses.

The application period would likely close well before Florida Department of Health and state lawmakers decide whether to expand the list of approved growers beyond the seven current license holders. And the way Hillsborough's proposed rules are written, companies that get a foot in the door first have an advantage if any new licenses are available in the future.

Many Florida counties are waiting to see what happens in Tallahassee before passing local ordinances. More than 30 counties have approved or are considering moratoriums on new marijuana dispensaries.

Commissioner Stacy White, the point person on Hillsborough's medical marijuana regulations, said the county is getting ahead of a new industry that needs tough local oversight.

"I want to be sure that we have a regulatory framework in place that addresses issues the state may remain silent on," White said.

But medical marijuana advocates and free market politicians say the county is not protecting patients but a handful of politically connected growers. Fewer competitors will lead to higher prices and less access for consumers, said Sen. Jeff Brandes, a St. Petersburg Republican who has sponsored a bill to open up Florida to more medical marijuana businesses.

"It sounds like an oligopoly-slash-cartel," Brandes said. "That's what they do: Lock up key markets and restrict access."

There are two sets of policies Hillsborough is moving forward: regulations on where medical marijuana facilities can operate and rules for licensing and operations. Both will be considered at a public hearing on March 7.

The number of operators would be capped at one for every 67,222 residents — or about 13 total dispensaries, based on Hillsborough's unincorporated population.

Once the 30-day application period closes, the county will grade the applicants on a 100-point scale. The applicants with the most points are awarded the license.

That means that even as the county grows in population and new applications become available, the seven operators currently approved will have an edge over new businesses.

White acknowledged that will likely be the case but he said there could be ways for the county to reopen the application for existing licenses to encourage competition and innovation.

San Felasco Nurseries, a state-approved grower, is pushing for the county to adopt these rules through its lobbyist, Igniting Florida. Since Hillsborough enacted a six-month medical marijuana moratorium in October, Beth Leytham and Todd Pressman, lobbyists for Igniting Florida, have registered 24 meetings with county commissioners and staff, including eight with White, according to county records.

Similar licensing ordinances have passed in Osceola and Glade counties, but Hillsborough would be the largest county to impose such restrictions.

But Pollara was baffled why the county wouldn't wait to see what the state does.

"There is a deadline literally written into the constitution that is likely to extend the pool of applicants," Pollara said. "Why would you want to pick from a smaller pool instead of the larger?"