A Manhattan judge on Tuesday delayed the sentencing of Etan Patz’s convicted killer so defense lawyers could file papers asking for a new trial after allegations surfaced of jury contamination.Pedro Hernandez, 56, was convicted earlier this month of luring... 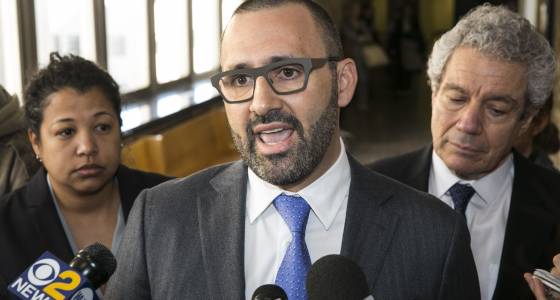 A Manhattan judge on Tuesday delayed the sentencing of Etan Patz’s convicted killer so defense lawyers could file papers asking for a new trial after allegations surfaced of jury contamination.

Pedro Hernandez, 56, was convicted earlier this month of luring Patz into the basement of a Soho bodega and attacking him nearly four decades ago.

A court officer allegedly told jurors there had been a previous trial and that some of the original jurors were present during the second trial, according to published media reports.

Several members of the original panel, which voted 11 to 1 for conviction, regularly attended the second trial, where they sat in the gallery with the victim’s father, Stan Patz.

“In this case, we had great concerns about the extent of the media coverage, how detrimental it was to Mr. Hernandez and the extent to which jurors from the first trial had become public advocates for Mr. Hernandez’s guilty,” said the defense team’s jury consultant, Josh Dubin.

“The only protection that Mr. Hernandez had was the sanctity and integrity of the judicial process.”

He added, “We know that, that process wasn’t kept intact.”

Hernandez confessed on video to luring 6-year-old Patz into the basement of a Soho bodega and strangling him May 25, 1979. It was the first time the child had walked alone to the school bus stop.