As advocates working to reduce the inherent harm of opioid use in Maryland, we applaud Gov. Larry Hogan's administration for properly defining the rapidly growing opioid overdose death toll as a crisis. The 2017 Heroin and Opioid Prevention Treatment and... 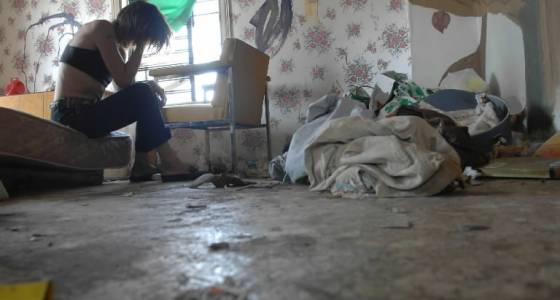 As advocates working to reduce the inherent harm of opioid use in Maryland, we applaud Gov. Larry Hogan's administration for properly defining the rapidly growing opioid overdose death toll as a crisis. The 2017 Heroin and Opioid Prevention Treatment and Enforcement Initiative announced last month promises $4 million in additional funding for addiction treatment as well as the creation of an "opioid operational command center" to assist in coordination of federal, state and local resources.

However, we cannot support the proposed Distribution of Opioids Resulting in Death Act (HB 687), which would create a new felony — punishable by up to 30 years — for people who provide the drugs that ultimately contribute to an overdose death.

Policymakers and prosecutors are understandably alarmed at the ongoing overdose epidemic in our state; there were 1,089 opioid-related deaths in Maryland in 2015 and an even greater amount in just the first nine months of 2016. Yet, turning to punitive drug-induced homicide laws as a solution is misguided. Prosecutors hope harsh drug charges will deter those who sell drugs and keep drugs away from users. However, no evidence exists to indicate that the threat of further criminalization of the sale of opioids will reduce overdose fatalities. In fact, such laws are more likely to harm the very people they seek to protect and further reduce access to critical services that have the potential to save lives.

Drug-induced homicide laws also undermine the rationale behind Maryland's Good Samaritan overdose immunity laws, passed in the General Assembly in 2013 and 2015. The most common reason people cite for not calling 911 during an overdose is fear of police involvement. Good Samaritan laws provide limited criminal immunity to those who seek medical assistance in the event of an overdose. Drug-induced homicide laws, on the other hand, discourage people from seeking emergency assistance for fear of prosecution for manslaughter or murder. While Governor Hogan's bill includes a limited criminal immunity provision, we fear the mere imposition of a drug-induced homicide law will cause individuals to think twice about calling 911 regardless of potential immunity, wasting valuable minutes that often determine life or death. Rather than reducing the potential for mortality as intended, a drug-induced homicide law could result in additional overdose deaths.

Presumably, the intent of punishing people who supply drugs with harsh sentences is to deter others from supplying drugs that result in an overdose. However, it's widely understood that punitive sentences for drug offenses have no deterrent effect. In fact, those prosecuted under this law would likely be low-level street dealers rather than the "kingpins" intended to be targeted. In many cases, these dealers may even be adolescents. Even if the law is effective at imprisoning dealers, the supply chain for controlled substances is not eliminated because a single seller is incarcerated, whether for homicide or otherwise. Supply follows demand, not the other way around. Incarceration of drug dealers simply results in a replacement effect, meaning that the market responds to the demand for drugs by merely opening the market for another seller.

On the other hand, legislators in the General Assembly are currently deliberating harm reduction strategies that will result in less overdose deaths, additional treatment for drug users, and reduced incarceration rates. Programs to ensure immediate treatment referral in hospitals and to provide medically-supervised spaces for drug users to consume drugs have been shown to prevent fatalities, increase public safety and increase uptake into addiction treatment. Finally, a bill to change penalties for small amounts of substances, similar to Portugal's successful decriminalization effort, has been introduced.

Drug-induced homicide laws may fulfill an instinct for retribution, but accomplish nothing with respect to reducing demand for drugs or preventing deadly drug overdoses. The governor and his administration, along with the General Assembly, should move away from the criminal justice system as the mechanism for addressing drug use and overdose, and should instead adopt evidence-based harm-reduction strategies to increase access to treatment and health services.

Mark Sine (bmorehrc@gmail.com) is executive director of the Baltimore Harm Reduction Coalition.Kaitlyn Boecker is a policy coordinator at the Drug Policy Alliance.