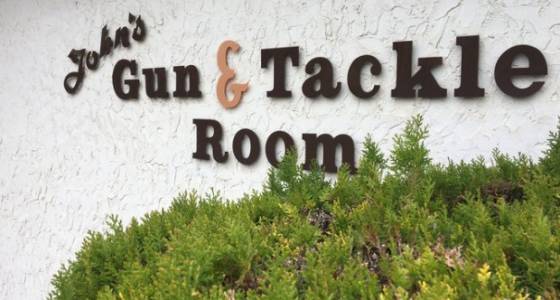 A Palmer Township gun shop robbed multiple times in the past was burglarized last week, resulting in the theft of 28 handguns, the U.S. Bureau of Alcohol, Tobacco, Firearms and Explosives said Tuesday.

"The investigation remains active as agents continue to pursue leads that will aid in identifying the person/persons responsible for the theft, and result in the recovery of the stolen guns," O'Reilly said in an email.

Because the investigation is ongoing, the ATF was not immediately releasing the make and model of each of the handguns stolen.

No one was injured. John's Gun & Tackle Room is a federally licensed firearms dealer, according to the ATF.

Frank Berryman, of Philadelphia, was convicted in the holdup in November 2006 and sentenced in March 2008 to 24 years plus six months in prison. He told investigators the guns were sold on the streets, and authorities recovered at least 15 of them.

The store was robbed again Jan. 16, 2007, and Coscia suffered a cut to his head during the robbery. It was not immediately clear whether anyone was ever charged in the case.

Coscia found himself on the wrong side of the law when New York City sued him for allegedly illegal weapons sales known as straw purchases. A settlement reached in 2007 called for court-appointed supervision of sales practices there for three years. The December 2006 suit alleged Coscia knowingly participated in straw purchases, in which one person fills out paperwork for a gun they plan to give another person.

The store was closed Tuesday, according to a sign out front.

Investigators ask anyone information about gun store thefts to call the ATF 24/7 hotline at 888-ATF-TIPS (888-283-8477), send an email to ATFTips@atf.gov or submit a tip anonymously by using the ReportIt mobile app.