TRENTON -- Gov. Chris Christie announced Monday Sen. Kevin O'Toole, a lawmaker who has long been loyal to him, will serve on the Port Authority's board of commissioners. O'Toole (R-Essex) announced in January he won't seek re-election... 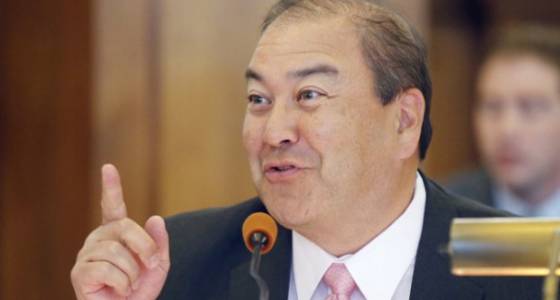 TRENTON -- Gov. Chris Christie announced Monday Sen. Kevin O'Toole, a lawmaker who has long been loyal to him, will serve on the Port Authority's board of commissioners.

O'Toole (R-Essex) announced in January he won't seek re-election to his Senate seat after serving as a legislator for more than two decades. Christie's office announced his longtime ally would replace outgoing Commissioner Pat Schuber.

The governor also appointed Caren Turner, the CEO of Washington, D.C-based Turner Government & Public Affairs, to fill George Laufenberg's position on the board.

Commissioners are unpaid positions. They serve for six-year terms.

The cost of Christie's anti-drug ads

O'Toole has served on two of the most influential committees, Senate Budget and Appropriations and Judiciary, which vets judges, prosecutors, cabinet members and justices serving on the state Supreme Court.

He's known for his outspoken style and for being a fierce defender of Christie. In 2013, on the heels of his re-election victory, Christie worked behind the scenes to have O'Toole unseat Sen. Tom Kean (R-Union), the GOP minority leader. But the effort failed.

And in the fallout of the George Washington Bridge lane closure scheme, O'Toole's fierce defense of the administration made headlines.

He was among the minority members of the legislative committee investigating the Bridgegate scandal. But he was briefly ensnarled in the controversy when his name surfaced in one of the thousands of documents that became public during the public investigation.

O'Toole's name was mentioned in one of the emails obtained by a subpoena sent by David Wildstein, the former Port Authority executive who pleaded guilty to his role in the scheme.

Schuber, the outgoing commissioner whose term expires this summer, also played a small role in the Bridgegate criminal trial.

Wildstein testified he met Schuber in August 2013 at the River Edge Diner and told him plans to create traffic in Fort Lee. Schuber denied at the time of his testimony that the conversation took place.

Laufenberg, the other commissioner being replaced, was nominated to the board in 2014. Since then, PoliticoNJ reported he lived outside of the so-called port district New Jersey commissioners are required to live in.