A middle-aged robber is going around the Twin Cities area snatching up hundreds of dollars in cigarettes at a time in stores, punching the clerk and taking off.The brazen string of crimes has been going for about a month, and authorities have yet to catch... 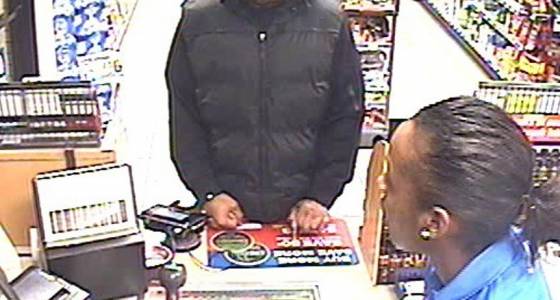 A middle-aged robber is going around the Twin Cities area snatching up hundreds of dollars in cigarettes at a time in stores, punching the clerk and taking off.

The brazen string of crimes has been going for about a month, and authorities have yet to catch up to the suspect.

In one of these robberies, this one early in the evening of Feb. 5, the man asked the clerk at a SuperAmerica at 2295 Rice Street in Roseville for three cartons of Newport 100’s valued at $260, police in that city said.

“When the cashier placed the cartons on the counter, the suspect grabbed the cartons and punched the cashier’s face and fled the store,” a statement from police read. He makes his getaway in either a four-door silver Chevrolet Impala or Pontiac Bonneville, police added.

“There have been a dozen or more metro robberies involving the same suspect” and the same modus operandi in the past month, the police statement continued.

Police described the suspect as black, with a dark complexion, about 50 years old, 6 feet 1 inches tall and average build, bald head and with closely shaved facial hair and a slight mustache. In the Roseville robbery, he was wearing a black vested jacket, dark gray pants, black hooded sweatshirt and white gym shoes.

Anyone with information about any of these robberies should call 911, or contact CrimeStoppers at 1-800-222-8477 or send a text that reads Tips 674 plus the information to 274637 (CRIMES). Information leading to an arrest could result in a reward.