BRANDON — A two-year-old boy died Tuesday after being left in an SUV for more than 5 hours at a Brandon shopping center, authorities said.7 Months Ago5 Months Ago4 Months AgoThe child's half-sister, who works at a nearby day care center and left him in... 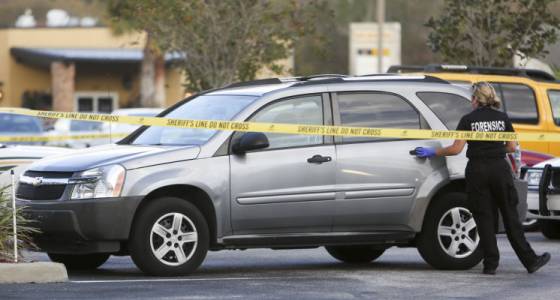 BRANDON — A two-year-old boy died Tuesday after being left in an SUV for more than 5 hours at a Brandon shopping center, authorities said.

The child's half-sister, who works at a nearby day care center and left him in the vehicle, is in custody, said Hillsborough Sheriff's spokesman Larry McKinnon. He said investigators are consulting with the state attorney's office about possible charges.

The woman, Fiorella Vanessa Silva-Tello, 21, left the child locked inside the vehicle at 9 a.m. when she went to work and didn't discover her mistake until she went on break at 2:30 p.m., McKinnon said.

"The relative, as you can imagine, very upset, very distraught, removed the child,'' he said, and took him to a nearby dialysis center for aid. "The medical personnel inside that facility attempted to render aid to the child until fire-rescue got here.''

Jacob Manchego, of 1702 Village Court in Brandon, was then taken to Brandon Regional Hospital where he died.

While the child was inside the car parked at the Oak Park Plaza shopping center, the engine was not running and there was no air-conditioning, McKinnon said. Temperatures in the Tampa area reached the mid-80s on Tuesday.

"It doesn't take long for these cars to overheat and a child is going to end up suffering from that heat in a relatively quick amount of time,'' said McKinnon, who said the child's parents have been notified.

The shopping center is located at the intersection of W Lumsden Road and Kings Avenue. Silva-Tello worked at BFFkidz, a day care center there. A sign posted outside the day care center says, "Look before you lock. Never leave a child alone in a car.''

"Check the back seat, check your vehicles before you go inside -- those campaigns have been throughout the country yet we continue to still see this tragic thing happen,'' McKinnon said. "This certainly should be a reminder of what we need to do when transporting our children.''