Former Boulder Mayor Bob Greenlee this week was charged with nine criminal counts — including vehicular homicide and criminally negligent homicide — for his role in a fatal five-car crash in southern Colorado late last year.In addition to the... 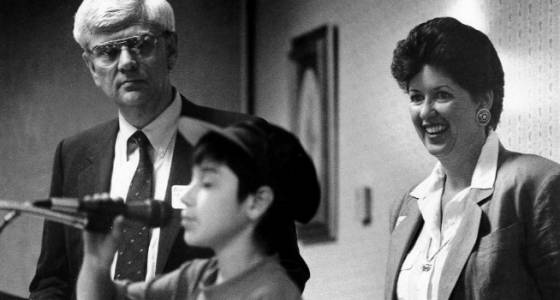 In addition to the homicide counts, Greenlee, 75, was charged with vehicular assault, two counts of careless driving causing injury, reckless driving, speeding, reckless endangerment and improper passing on the left.

The charges were filed Wednesday in Alamosa, about two months after the crash.

Twelfth Judicial District Attorney Crista Newmyer-Olsen said accident reconstruction played a part in the delay in filing charges, but she added that her office also is handling a triple homicide investigation and another fatal crash.

"In an area with limited resources, things sometimes take a little longer when you get the perfect storm of crimes happening all at once," Newmyer-Olsen said Friday.

Greenlee is scheduled to appear in court in Alamosa for an arraignment March 28. The most serious charge, vehicular homicide, is a Class 4 felony that could carry a two-to-six-year prison sentence.

Through his attorneys, Greenlee declined to comment on the charges Friday.

Initial reports from Colorado State Patrol indicated that Greenlee was at fault in the Dec. 28 five-vehicle crash that killed Pat Lucero, 70, of Monte Vista, and left Greenlee and his wife hospitalized with critical injuries.

Greenlee was driving 87 mph in a 65 mph zone at the time of the crash, according to an accident report. The report cited Greenlee's aggressive driving and improper passing on the left as contributing factors to the crash.

Investigators said Greenlee was driving a 2003 Cadillac Escalade westbound on U.S. 160 between Walsenburg and Alamosa when he shifted into the oncoming lane to pass a vehicle, and struck Lucero's 2010 Toyota Camry.

The Camry then hit a tractor-trailer before crossing into the highway's westbound lanes and striking a 2006 Kia Spectra. The Escalade continued westbound and hit an eastbound BMW X5 head-on, causing the BMW to roll onto its side, according to investigators.

Lucero was pronounced dead at the scene, while Greenlee and his wife, Diane, were taken to a hospital along with several other people involved in the crash.

In total, seven people were transported to area hospitals.

Greenlee served as Boulder's mayor from 1998 to 1999, and also served on the Boulder City Council. In 1998, he ran unsuccessfully as a Republican against Mark Udall for Colorado's 2nd Congressional District seat in Congress.