Beer clubs popping up at Northeast Ohio breweries, from Hoppin' Frog to Hofbrauhaus 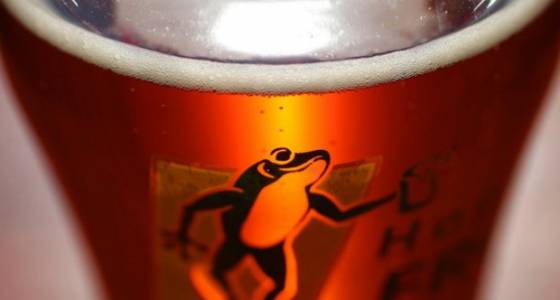 The newest is Hoppin' Frog Brewery's rare-beer club, which launches at 11 a.m. Saturday, Feb. 25. Hofbrauhaus in Cleveland offers a stein master club. Lockport Brewery in Bolivar has a mug club, to name a few.

Hoppin' Frog club members will receive access to bottles of limited-release beers brewed for the club in the tasting room. Members will have the chance to buy other special beers before they go on sale to the public, as well as receive 10 percent discount on food and merchandise.

Cost is $200. Upon signing up, a bottle of these ales are included:

Hofbrauhaus offers an engraved stein, 12 free beers throughout the year, front-of-line access for monthly keg tappings, restaurant and gift-shop discounts and other amenities. Cost is $199 the first year, $149 each year after.

Winking Lizard has offered a "tour of beers" for 30 years, awarding prizes for those who drink a certain number of beers. Patrons can drink the beers on the list in any order.

Lockport Brewery in Bolivar offers a mug club for $50 a year. Brewer Andrew Marburger modeled the club after one at Millersburg Brewing Co., where he used to work.

"When I worked at Millersburg, they had a mug club there," he said. "We enjoyed getting together with other beer people. You get a little extra beer for the same price. They seem to enjoy it."

Lockport's club allows patrons to pay for a pint but drink out of a numbered 21-ounce mug. They get $1 off growlers and a free birthday beer.

Wineries have long offered monthly-shipment clubs. Target audience is anyone who considers that particular winery to be a favorite and will enjoy multiple - or the same - varietal - on a regular basis.

The plus side: The winery has a steady stream of customers who are receiving a price discount and assurance that wine will be available for them, thereby avoiding a sellout of a popular vintage. Downside is customers are beholden to that particular winery. So if you are a person who enjoys trying different varietals from wineries all over the world, you might not want to spend money on a club.