Famagusta 15°
overcast clouds
BUSINESS EDUCATION ENTERTAINMENT HEALTH POLITICS SCIENCE SPORTS TECHNOLOGY
10:22 Four Benefits of Hiring a Dedicated Development Team
04:48 Mark Kelly, President of Safety Marking Inc., Discusses Structuring Effective...
17:58 Trump wants to play golf at the Biden swearing-in in Scotland - but is...
17:54 First doubts Regarding tightened Steps: two National Countries Extract...
10:39 Covid-19 : in France, the end of containment and entry into force of the...
04:34 The schools of Rome will use the Internet with light bulbs: what it is...
10:58 Kratom Tea: How Is It?
11:46 Office Furniture Products for you!
12:17 Top Clubs, Their Value, Revenue And Current Standings
11:14 Reasons Why Rewarding Yourself is a Good Practice
BIST
1536
GOLD
437.405
USD
7.3542
GPB
10.1113
EUR
8.9452
Breaking News
Navigating a Hearing Disorder Diagnosis
Close

NEWARK -- An attorney who works at the Gateway Plaza in Newark is the holder of the $2 million Powerball ticket for Wednesday's drawing sold in New Jersey, according to a report. Television cameras were waiting when Jessica Macarone went to the... 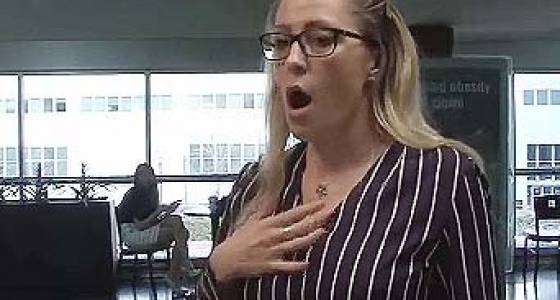 NEWARK -- An attorney who works at the Gateway Plaza in Newark is the holder of the $2 million Powerball ticket for Wednesday's drawing sold in New Jersey, according to a report.

Television cameras were waiting when Jessica Macarone went to the News Day newsstand in the lobby of the office complex to check her ticket, WABC-7 reported.

Macarone, a South Bound Brook resident, didn't know she held one of seven tickets sold across the country to match five numbers but not the Powerball. She spent an extra $1 to exercise the Powerplay option, doubling her winnings from $1 million to $2 million.

Macarone told WABC-7 her father and uncle died in the past year and that her mother was not doing well, either.

She said she once won a few hundred dollars playing the lottery and usually buys a few tickets when the jackpot gets large.

Macarone is an associate at McCarter & English, according to the law firm's web page.

A ticket sold in Lafaytte, Ind. matched five numbers as well as the Powerball and is worth $435.3 million, the 10th largest lottery prize in the United States.