Vice CEO Shane Smith needs another hit of the green stuff.Despite several investment rounds from the likes of Disney and its joint-venture partner, A&E Networks, the bearded Brooklyn-based boss of the millennial-focused media outlet spent the weekend... 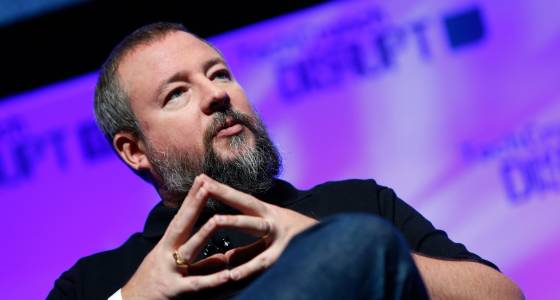 Despite several investment rounds from the likes of Disney and its joint-venture partner, A&E Networks, the bearded Brooklyn-based boss of the millennial-focused media outlet spent the weekend trying to separate hedge funds from their cash piles, The Post has learned.

Smith pitched hedgies and other deep-pocketed folks in New York last next week, sources said, before heading to LA for Oscar night, where he was expected to attend the swank Vanity Fair Oscar party.

Next week, Smith will make his pitch in San Francisco.

Vice Media, which launched the Viceland cable channel in the US a year ago this month, is hoping in this latest go-round to raise as much as $400 million, sources said.

The last valuation on the company was $4 billion.

Vice has tapped Morgan Stanley, which is working with Raine Group, to raise the money, sources said.

A report by Bloomberg News last week indicated Vice was looking to raise money to help fund scripted programming — which are more expensive than reality shows.

The amount to be raised was previously not reported before today.

A part of the money will go to keep Vice’s aggressive global expansion plans on track.

Vice, which also produces saucy videos, like the one that asks, “Would You Have Sex With Your Drug Dealer?” — has 5.9 million Facebook follows and in December ranked No. 39 among the Top 50 US Web destinations.

Viceland, an accompanying cable TV channel, launched in the UK in September — followed shortly by a move into France. Next month, it will roll into Belgium and the Netherlands.

Smith is believed to be committed to fast-tracking growth here and abroad, and on Feb. 22 told The Daily Beast that he is trying to get interviews with top White House officials.

The Canadian-born co-founder, who like President Trump frequently bashes CNN, has predicted at several media events a “bloodbath” of consolidation.

In addition to TV distribution, Vice has mobile-content aspirations.

In the US, Vice has a deal with HBO to carry a documentary series and to provide a daily news show. That show, under the aegis of Josh Tyrangiel, a former deputy managing editor of Time magazine, is averaging around 300,000 viewers a night.