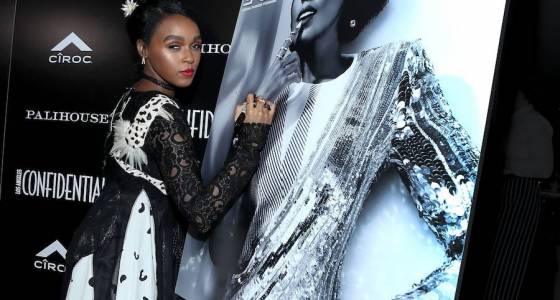 The event, which honored Monáe and her hustle to the top of the charts and the box office, celebrated Monáe’s two breakout roles beginning with portraying Teresa in “Moonlight” and co-starring in “Hidden Figures” as Mary Jackson, both films earning her multiple awards and nominations.  For her big night, Monáe stuck to her signature black-and-white style wearing an Antonio Marras Spring 2017 dress and Emm Kuo clutch.

Janelle Monáe stars in the films “Moonlight” and “Hidden Figures,” both nominated for Best Picture at the 2017 Oscars. Photo: Getty Images

Guests in attendance toasted Los Angeles Confidential’s new issue and Monáe’s accomplishments with the Cîroc French 75, an official cocktail of the 2017 Governor’s Ball.