Macau Experiences Its First Revenue Drop Since 2016 Amidst China Slowdown 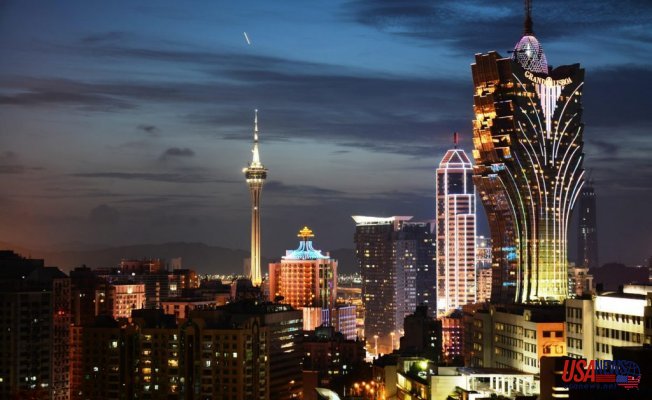 As China is experiencing an economic slowdown, some of its major sectors were expected to take a hit. This includes the performance of casinos across the board. With the median analysts estimate calling for a 9 percent drop, the Bloomberg Intelligence index for the region’s gaming stocks improved. Galaxy Entertainment Group Ltd and Wynn Macau Ltd shares rose by 2% at the close in Hong Kong.

This does not mean that Macau’s monthly casino revenue did not take a hit. The gross gaming revenue in Macau dropped by 5% in January posting about $3 billion from the year-earlier according to data from the Gaming Inspection and Coordination Bureau.

Actual Against the Predicted

Going by what was predicted by most analysts, the drop was not as steep as anticipated thus bolstering some optimism: That small-time recreational gamblers are still visiting the world’s largest casino meccas amid China’s economic slowdown.

However, on a more overall overview, casino revenues in Macau are still expected to drop by the end of 2019 attributed to the fact that nervous Chinese gamblers are staying away from their usual tables.

Analysts Take on the Drop

According to Bloomberg's Intelligence analyst, Margaret Huang, the January revenue drop in Macau reflects the continued weakness of business normally acquired from high-staking gamblers. These gamblers are dearly holding to their money during this time of China's economic slowdown which may be the effect revolving around uncertainties of a looming trade war.

It is apparent that the decline in casino revenue snapped 29 straight months of casino revenue growth. Also, the timing of 2019's Chinese Lunar New Year did not help Macau's monthly casino earnings.

Grant Govertsen, a Union Gaming Securities Asia Ltd analyst stated that they were still encouraged by the January results. They were more robust than what they are credited for especially given the timing of the Chinese New Year.

For more breaking news on casinos, visit this site.