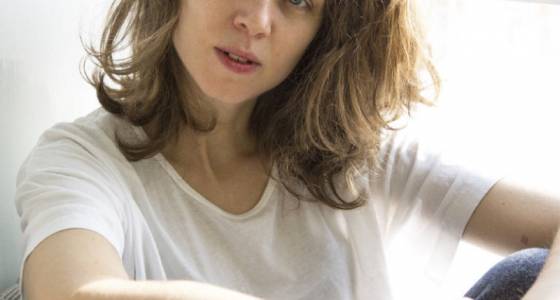 Foreboding and poetic but also consistently puzzling, Shot-Blue, the debut novel by Guelph-born New Yorker Jesse Ruddock, opens cinematically — with a bedraggled woman trudging on a narrow dirt road during mid-thaw. She’s carrying the boxed contents of her mobile home toward a boarding house one mile away in town.

With her introverted pre-pubescent son Tristan in tow, Rachel eventually reaches the abandoned fishing cabin that she believes her father owned. The pair has landed on Treble Island, a “wild place” on Prioleau Lake (itself shaped like a cliff jumper’s headless body). Ruddock’s setting is all weather and hardship, where survival is questionable and bare subsistence the best outcome. Ruddock conjures Treble Island less as a point on an actual map than a site exemplifying what Margaret Atwood called the “malevolent north.”

Unexpectedly too, Treble Island is notable for being stripped of historical markers. No internet, television, or even telephone is referenced; the only vehicles in sight are boats; there’s no mention of an event in the outside world to ground the story in a particular decade or zeitgeist. As with a fable (or Samuel Beckett’s famous stage instructions for Waiting for Godot: “A country road. A tree”), Ruddock encourages readers to divest from expectations for realism. From that point, she unfurls an enigmatic tale of hardship, loss, and awkward fleeting connections.

Though Rachel aims to provide for and instruct her troubled child, she soon disappears — evidently, nature (or one of the taciturn men she knows) has dispatched her.

Fending for himself, Tristan begins to work at a tourist lodge that’s been constructed on the island. There, he meets other boys (who torment him), girls (whose mercurial natures confuse him) and adults (imposing figures of mystery, all of them). Locally regarded as unwanted, a weakling, or simply weird, he strives to make sense of a place that proves either uninviting or perplexing.

In contrast to recent a-boy-and-his-mom novels such as Barry Dempster’s The Outside World and Michael Christie’s If I Fall, If I Die, Ruddock’s appears to showcase moody aesthetics over plot or characterization. As such it rewards devotees of lyrical description and modernist wordplay. Others might regard the author’s free hand with cloud, stone, tree, and water metaphors as too much of a good thing and hope for less whimsy and more straightforward plot development.