FX has ordered a revival of "Justified", with Timothy Olyphant returning to the U.S. role. Marshal Raylan Givens. 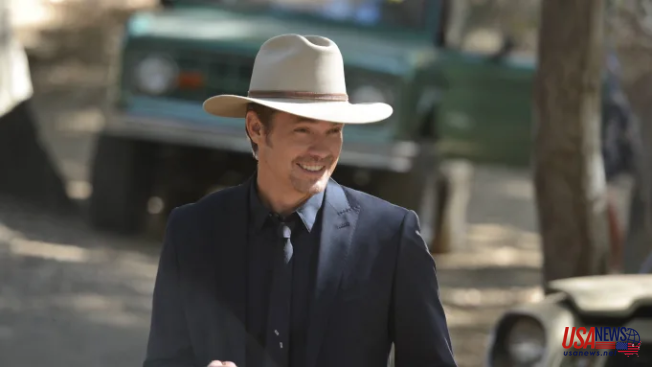 Variety exclusively reported that the project was being considered in March 2021. The drama series' new version is inspired by the Elmore Leonard novel, "City Primeval" (High Noon in Detroit). Leonard created Givens, who was a character in many of Leonard's novels as well as the novella "Fire in the Hole," which served to be the basis of "Justified."

The new show, officially titled "Justified City Primeval", reunites Givens eight years since he left Kentucky. As a U.S. citizen, Givens now lives in Miami and is an anachronism. He is a Marshal and a part-time father to a 14-year old girl. His hair is greyer, his hat has more dirt, and the road ahead is much shorter than the one behind him. He meets Clement Mansell on a Florida highway and is sent to Detroit. He meets Clement Mansell (aka The Oklahoma Wildman), a violent, sociopathic desperado. He's already managed to slip through the fingers Detroit's best once before and hopes to do it again. Carolyn Wilder, a formidable Motor City native, is determined to represent Mansell, even though she finds herself trapped between criminal and cop, with her own game.

Eric Schrier, president and CEO of FX Entertainment, stated that "Justified" was one of the most critically-acclaimed shows of the last decade. It was an adaptation of Elmore Leonard’s work that was so vividly brought to life through the contributions of Timothy Olyphant, Graham Yost, and all the team of producers writers directors, directors, and producers." It was thrilling to see this group again, with Tim as Raylan in an entirely new Elmore Leonard story. This was possible because of the showrunners Dave, Michael, and their co-executive producers Tim, Graham and Sarah, as well as our partners at Sony Pictures Television.

From 2010 to 2015, "Justified" aired six seasons with 78 episodes. It was a huge success from the beginning, earning eight Emmy nominations, including one for Olyphant's best actor in drama. Margo Martindale, a character actress, won an Emmy in 2011 for best guest actress. Jeremy Davies received one for best guest actor. In 2011, the show won a Peabody Award.

Jeff Frost and Jason Clodfelter, co-presidents of Sony Pictures Television, stated that "Justified" was a success and audiences were able to love the series and continue to enjoy it." The Justified team has captured the authenticity and tone of Elmore Leonard, one of the most renowned authors of all time. We are looking forward to the return of Tim, Graham and Dave as well as Michael, our executive producer team. We are thrilled to continue this amazing ride with FX.

Olyphant is now playing a role as a lawyer for the second time in recent years. Olyphant reprised the role of Seth Bullock in the sequel to "Deadwood," which HBO released in 2019. Olyphant also played the role of Cobb Vanth in Disney Plus’ "The Mandalorian" (also known as "The Marshall”).