Bill Paxton, known for his roles in such movies as "Aliens," "Titanic" and "Twister" and who recently guest starred in "Marvel's Agents of SHIELD," has died. He was 61. Multiple media report that Paxton died after complications from surgery. He is... 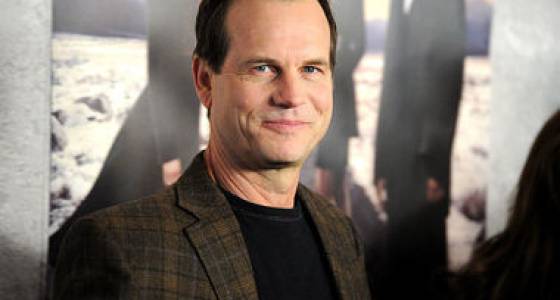 Bill Paxton, known for his roles in such movies as "Aliens," "Titanic" and "Twister" and who recently guest starred in "Marvel's Agents of SHIELD," has died. He was 61.

Multiple media report that Paxton died after complications from surgery. He is survived by his wife and two children.

"A loving husband and father, Bill began his career in Hollywood working on films in the art department and went on to have an illustrious career spanning four decades as a beloved and prolific actor and filmmaker," a family representative said in a statement to People Magazine. "Bill's passion for the arts was felt by all who knew him, and his warmth and tireless energy were undeniable."

Most well known for his roles in sci-fi adventure films of the '80s and '90s, Paxton was one of few actors who faced off against the genre's most prolific creatures. He and Lance Henrikson are the only two actors to fight losing battles against an Alien, a Predator and a Terminator, as iO9's Beth Elderkin notes.

Paxton was born in Fort Worth, Texas, to Mary Lou and John Lane Paxton.

His first film role was as an uncredited appearance in 1975's "Crazy Mama." He was cast as a soldier in the Bill Murray film "Stripes" and later as a punk leader in James Cameron's "The Terminator" in 1984.

Since then, Paxton has been a consistent presence in Hollywood, from big-budget blockbusters such as "Titanic," "Apollo 13" and "Twister" to guest turns in television shows such as "Agents of SHIELD" and "Miami Vice." His most recent role was that of Detective Frank Roarke in the new "Training Day" TV series.

As news of his passing spread, fans shared their condolences on social media.

Bill Paxton faced a Predator, an Alien and a Terminator. Beneath every role was a genuine kindness and love for life. He will be missed... pic.twitter.com/oOQtiY1n32

I enjoyed every role that Bill Paxton played, but most recently his role as Sam Houston in "Texas Rising". Condolences to his family. pic.twitter.com/t5BC1CdlUm

Actor Bill Paxton has died due to complications with surgery. He was 61. My childhood thanks you, Bill Paxton. RIP. #RIPBillPaxton pic.twitter.com/MugTK7Tg0W

We're so sad to hear actor Bill Paxton has passed away at 61. We loved him in Aliens, Terminator, Twister, Titanic, Apollo 13, & more. RIP. pic.twitter.com/0fzugFBxr9

Bill Paxton was hands down one of the greatest guys that I have ever met. I feel lucky to have called him my friend. Bill, I love you. RIP.