Bubble. What bubble? Toronto's soaring home prices are in line with the reality of other world cities such as New York, Hong Kong and London, says Mark Renzoni, president of global commercial real estate giant CBRE."The market is fairly balanced. It's... 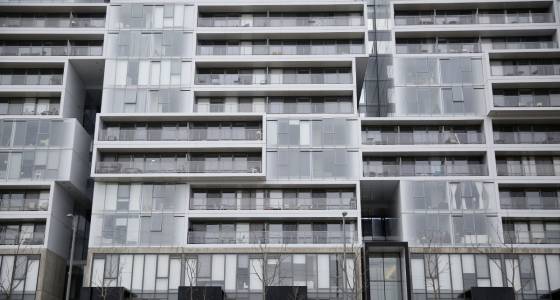 Toronto's soaring home prices are in line with the reality of other world cities such as New York, Hong Kong and London, says Mark Renzoni, president of global commercial real estate giant CBRE.

"The market is fairly balanced. It's not being driven by foreign capital. It's being driven by Canadians, moving up, buying for the first time," he told the Star, following a speech at CBRE's annual market forecast event.

"There's great jobs, there's a sense of optimism, there's confidence in the job market and interest rates are low," said Renzoni, who suggested that concerns about foreign speculation in the Toronto housing market are overblown.

"In Toronto, I would say the majority of foreign interest on residential, especially high rise. . . It's families. They've got students in university here, they've got other relatives here, they've got one spouse here. They're buying additional residential real estate because they believe in the investment grade quality of the product," he said.

On the high-rise side, Toronto condos are very fairly priced when compared to other global cities, said Renzoni.

"Even in a Canadian context, condominium pricing in Toronto is significantly lower than in Vancouver, significantly lower — discount lower — than New York or London. It's still balanced and it still creates a great opportunity for people to create wealth and expand their horizons with investment. But also they're buying for themselves. You have to live somewhere," he said.

"The marketplace here is really driven on fundamentals, which is supply and demand," he said.

Some bank economists have recently suggested that the Toronto area housing market is dangerously overheated.

The Toronto Real Estate Board has reported that re-sale home prices rose 20 per cent last year over 2015. January prices were up 22 per cent year over year in the re-sale market. The average cost of a newly built single-family home surpassed $1 million in the region last month, according to the building industry.

He spoke to the Star following CBRE's annual Canadian Market Outlook attended by about 1,400 brokers, developers and landlords at the Toronto Convention Centre on Tuesday.

At the same event, CBRE's executive vice-president Paul Morassutti outlined the unprecedented technological change and unpredictable political landscape that will shape the market in the coming months and years.

"Change in every aspect of the market is inevitable, it is accelerated and it is ubiquitous," he said citing geo-political uncertainty and technological innovation as the over-riding trends in tenant and investor demand for commercial real estate.

Morassutti cited the lack of coherent trade and policy positions emerging from the presidency of Donald Trump. Europe remains a question mark. Seventy-one per cent of foreign investment is Chinese and it's not clear whether that country will find "a policy tourniquet" to stem the flow of capital leaving the country. Some reports are predicting that 47 per cent of jobs — 700 occupations — will be automated as artificial intelligence changes the face of work, he said.

But there's no indication that the appeal of Canadian commercial real estate will decline in the near future, said Morassutti.

"Skittish capital is being driven to Canada," he said, noting that investment activity was at record levels in 2016 with every asset class outperforming its 10-year average.

Trends on the real estate horizon

Retail: Online shopping isn't killing retail, but it is separating the weak from the strong. Virtually every flagship mall in Canada has been expanded or renovated and experiential shopping is on the rise as retailers try and keep shoppers in their stores longer with attractions such as "foodie food halls" and high-tech golf driving ranges. Many retailers are reducing the number and size of their stores and focusing on the best locations.

Industrial: The line between industrial and retail space is blurring as e-commerce grows and customers demand faster delivery. In some cases, warehouse or industrial space — already a stable segment of the Canadian market — has effectively replaced bricks and mortar in retail. Online retailers need about 3 times the distribution space of brick-and-mortar retailers. Every $1 million in online sales comes with a corresponding requirement for 1 million sq. ft. of distribution space.

Residential: Affordability and lifestyle considerations are prompting younger Canadians to forgo home ownership just as the baby boomers are getting ready to cash in the equity in their homes and downsize. A recent uptick in purpose-built rental development will increase. "Condos have been the de facto rental in most cities. But there is a growing cohort who would prefer to live in a professionally managed building rather than deal with a condo owner in another country where you have no security and you're in a building that quite often resembles a frat house," said Morassutti.

Office: Will the demand for office space dwindle as white collar jobs become increasingly redundant due to automation? Morassutti suggests that the tech sector, which has driven demand for office space, could respond the way banks reacted when automation reduced their need for tellers. ATMs meant banks moved to smaller, cheaper branches and many bank teller jobs morphed into sales type positions introducing customers to banking products.