CaptionCloseOMAHA, Neb. (AP) — The Latest on investor Warren Buffett's comments on a variety of topics (all times local):6:40 a.m.Warren Buffett says the proposed $143 billion offer to acquire Unilever, a deal with links to his company, fell apart... 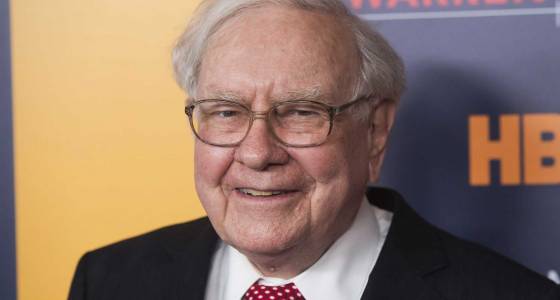 OMAHA, Neb. (AP) — The Latest on investor Warren Buffett's comments on a variety of topics (all times local):

Warren Buffett says the proposed $143 billion offer to acquire Unilever, a deal with links to his company, fell apart quickly because the European company wasn't interested.

Buffett said Monday on CNBC that his Berkshire Hathaway and 3G Capital abandoned Kraft Heinz Foods' bid for Unilever because they were interested only in a mutually agreed upon tie-up, not a hostile takeover.

Buffett says it initially appeared that Unilever might be open to negotiating a deal, but once a rough offer was delivered it became clear the owner of Lipton and Hellman's wasn't interested.

Buffett says there could have been some misunderstanding in the initial conversations between Kraft Heinz and Unilever.

Buffett says if retailers like the Berkshire Hathaway-owned Nebraska Furniture Mart has to pay more taxes on imports, that will increase the price consumers pay.

But Buffett says he thinks it's likely Republicans will drop the border-adjustment tax proposal because it would be difficult to pass such a dramatic change in tax policy quickly.

Buffett says he has a feeling the tax changes Republicans try to pass this year won't be a major overhaul because they are trying to move quickly. Plus, he says lobbyists from every industry will oppose major changes.

Warren Buffett is a long-time Democrat who supported Hillary Clinton, but he says he agrees with President Donald Trump on some issues.

Buffett says he generally agrees with what Trump says about entitlement programs and Social Security, and some industries do face too many regulations.

Buffett says he will judge Trump's presidency four years from now based on how safe he has kept the country, how the economy is doing and on how many people are sharing in the wealth.

Buffett says it is a mistake to mix up political decisions with investing ones.

Billionaire Warren Buffett says his company bought more than $9 billion of airline stocks because he believes they are operating more efficiently than they used to.

After all the bankruptcies and consolidation in the industry, Buffett says the airlines are performing better and generally flying with their planes at least 80 percent full.

The billionaire investor said on CNBC Monday that Berkshire Hathaway now holds about 133 million shares of Apple after buying yet more of the company's stock this year. That's more than double stake that Berkshire revealed earlier this month.

Buffett's aggressive buying spree at Apple caught many off guard because he has historically steered clear of technology companies. But Buffett says when he looks at Apple he sees a maker of consumer products, not technology.

Buffett appeared on CNBC after releasing his annual letter to Berkshire Hathaway shareholders on Saturday.