SeaWorld Entertainment, the parent of such theme park franchises at SeaWorld and Busch Gardens, reported a loss in its fourth quarter on slightly lower revenues and attendance at its parks —the latest official signs that the company is still struggling... 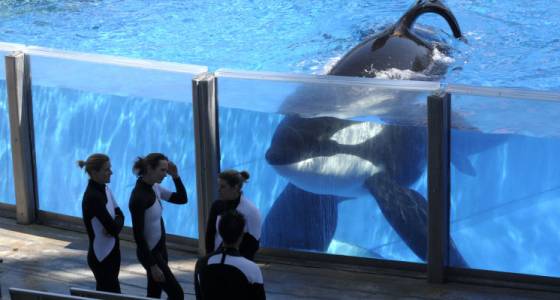 SeaWorld Entertainment, the parent of such theme park franchises at SeaWorld and Busch Gardens, reported a loss in its fourth quarter on slightly lower revenues and attendance at its parks —the latest official signs that the company is still struggling to stabilize as its reinvents itself without the help of its once trademark Shamu killer whale shows.

Overall, fourth quarter attendance was down by about 30,000 visitors, or just under 1 percent, with the company attributing the decline to the impact of Hurricane Matthew in October and a drop in international attendance. Most of that decline was from Latin America which decreased by approximately 54,000 guests, or 23 percent, versus a year earlier.

Total attendance for 2016 declined 2.1 percent. a drop of 471,000 visitors due to a decline at the company's Florida and Northeast park locations.

Company CEO Joel Manby, in a statement, cited signs of "traction" in the fourth quarter, driven by both cost savings and an announced partnership to develop SeaWorld Abu Dhabi, a first-of-its-kind marine-life themed park on Yas Island. The man-made island already features such entertainment venues as Ferrari World, Yas Waterworld and Formula One racing on the Yas Marina Circuit. While SeaWorld's said nothing official, tourism industry reports speculate SeaWorld in Orlando may be considering a new water raft ride in 2018, and at Busch Gardens a new roller coaster by 2019.

Shares of SeaWorld Entertainment were up about 4.5 percent in mid morning trading Tuesday between $19.50 and $19.75, a range not seen since the spring of 2016.

Check back for updates throughout the day.