Galleries Videos CONTACT ADVERTISE
Famagusta 13°
few clouds
BUSINESS EDUCATION ENTERTAINMENT HEALTH POLITICS SCIENCE SPORTS TECHNOLOGY
10:58 Kratom Tea: How Is It?
11:46 Office Furniture Products for you!
12:17 Top Clubs, Their Value, Revenue And Current Standings
11:14 Reasons Why Rewarding Yourself is a Good Practice
10:56 What Egypt Has to Offer for US Travelers
12:48 How to Maximize Compensation in Your Personal Injury Case
12:28 How To Use a CBD Vape Pen for Anxiety
05:28 Second-Hand Vaping Is Harmless
05:15 Guide to Vaping and CBD Flower for Beginners
14:55 COVID-19 Recovered Ronaldo and Zlatan outshining everyone in Serie A
BIST
1325
GOLD
462.200
USD
7.8681
GPB
10.4972
EUR
9.5144
Breaking News
Tips & Trick To Buying Jewelry Items Without Spending Much
Close

Metro may change its mind about selling naming rights for trains, stations

After allowing corporations to purchase naming rights to a station or train line, the county’s largest transportation agency is now recommending the policy be scrapped, even if it means losing millions of dollars in revenue.Since board approval in... 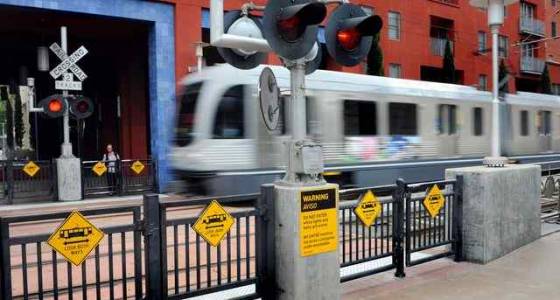 After allowing corporations to purchase naming rights to a station or train line, the county’s largest transportation agency is now recommending the policy be scrapped, even if it means losing millions of dollars in revenue.

Kuehl, who is leading the effort to eliminate the program, said a legal memo received by Metro’s communications staff warned that picking one corporation over another because of content or reputation may be considered arbitrary, leading to free speech challenges. Sorting through applications and choosing a client who’ll pay for the naming rights of a Metro building, station or line is a slippery slope, she said.

“If say, Chik-fil-A wants to have its name on the West Hollywood station, you can’t say no, you can’t do that because gay people think you are homophobic,” said Kuehl. The fast-food chain’s Chief Operating Officer, Dan Cathy, opposed same-sex marriage and its charity had donated to political causes with positions against gay marriage, setting off protests in 2012 on both sides of the issue.

Saying no to Wells Fargo putting its name on a train station after admitting bank employees created two million unauthorized customer bank and credit card accounts could invite a lawsuit from the bank giant, she added.

Aside from possible legal trouble, Kuehl and Los Angeles City Councilman and Metro board member Mike Bonin characterized the selling of naming rights of Metro train stations and transit lines as morally reprehensible.

“The corporatization of everything is really weighing on people these days,” Kuehl said. “The naming of an entire station should be about where the station is and the history of that neighborhood.”

Bonin, who represents the 11th District, said his Westside district is inundated with billboards and mural ads on buildings. These are already offensive to residents and tourists, he said, adding he wanted to stop the proliferation of corporate messages in Los Angeles County.

They were the only two out of 13 board members to vote against the program. But they’ve raised concerns at previous committee meetings repeatedly. Bonin said the public also objected. Rescinding the program will come before the Metro board of directors Thursday as a re-vote on naming policies for stations and other assets, minus the corporate naming/sponsorship portion.

“There is still uncertainty and concerns on behalf of board members. We are stripping out the corporate sponsorship piece,” explained Pauletta Tonillas, Metro spokesperson.

Instead, the staff recommends Metro return to naming stations and train stops according to nearby streets, cities or geography. “We heard loud and clear there was enough discontent about it. It doesn’t have strong support,” Tonillas said.

Plans to hire an appraisal consultant to evaluate how much Metro could make from selling naming rights to certain assets have also been put on hold, she said.

The agency could have earned millions from naming rights, she said, declining to be more specific. The December staff report called the program “a prudent means of maximizing the value of the agency’s capital investments and assets.”