Is housing market correction on the horizon?

You are on notice that there are inflection points in the housing market that may cause a downturn. Consider the following:1) The Mortgage Bankers Association recently announced for the fourth quarter of 2016 California’s mortgage delinquency rate weighed... 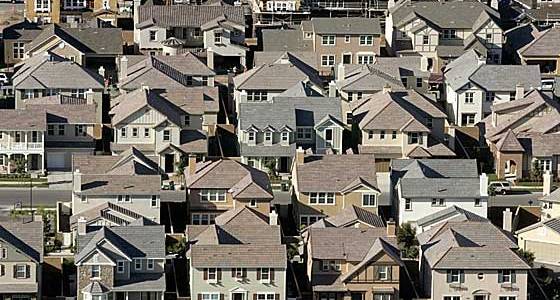 You are on notice that there are inflection points in the housing market that may cause a downturn. Consider the following:

2) Zillow recently reported that Los Angeles-Orange County homebuyers spent an average of 43 percent of their median household income on their monthly mortgage payment in the fourth quarter of 2016. The LA/OC region is the most expensive region (based upon the 35 largest markets) in the U.S., with San Jose coming in second and San Francisco coming in third. How much more increased payment capacity do we really have?

3) Household debt which includes mortgages, credit cards, autos and student loans ballooned in the fourth quarter of 2016 to $12.58 trillion dollars, according to the Federal Reserve Bank of New York. This is less than 1 percent below its third quarter 2008 peak of $12.68 trillion. California leads the nation in debt per capita and delinquency debt per capita. Not a good sign.

5) My lender friends are nervous right now with this tremendous slowdown in both purchase and refinance volume. My mortgage brokerage shop was busy for five straight years. Since the first of this year, our loan volume is down dramatically.

6) The Fed continues to hint that it will likely raise short-term rates this year, maybe as soon as March and perhaps will have several raises in 2017. That puts added income pressure on anybody who has credit card debt and adjustable loans.

“Trying to predict when the market will turn is difficult,” said Edward Pinto, co-director of the International Center on Housing Risk. “The longer it goes without a correction, the more painful the correction will be,” he added.

An opposing view comes from Len Kiefer, deputy chief economist at Freddie Mac. He doesn’t buy into what I’m thinking. Kiefer points to the demand for housing and rentals and borrowers’ capacity to meet their obligations.

Last Sunday, one of my neighbors stopped me to comment on my last column on the return of loans for riskier borrowers.

“So, subprime is back,” my neighbor said.

“Pretty much,” I answered.