How doughnut shops turned into a sweet American Dream 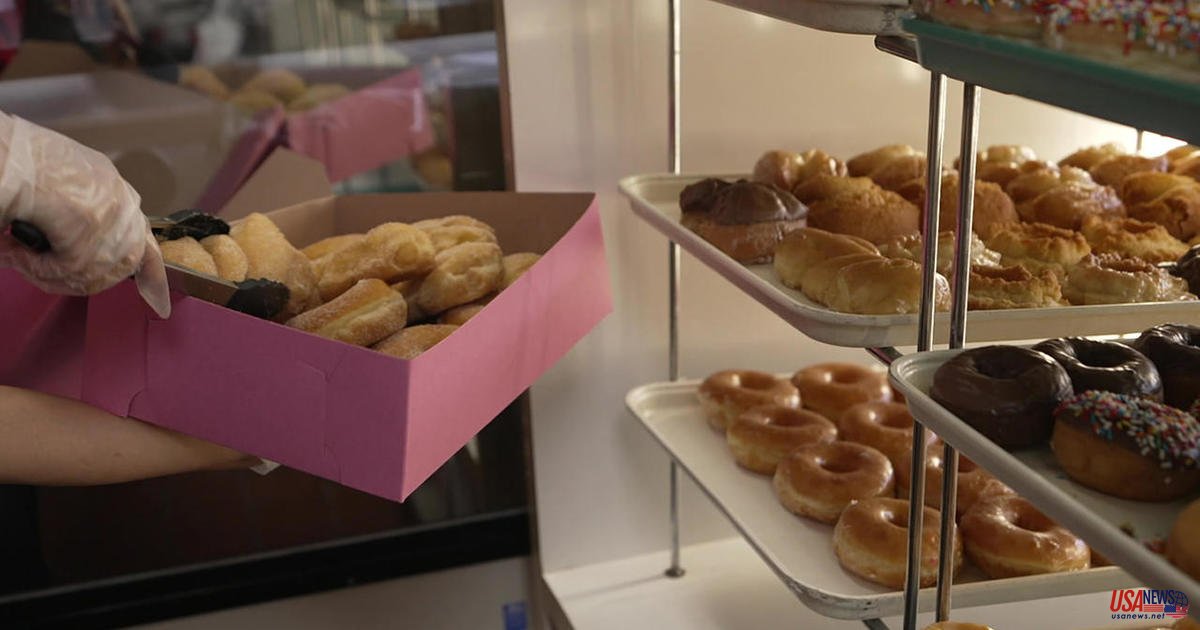 California's small-scale doughnut shops are stocked with the same delicious doughy treats. The stories behind the counter reveal a richer side to the rows of chocolate, glazed and sprinkles.

About 80% of California's doughnut shops - which is well over 1000 - are owned or managed by Cambodian refugees. They came to America in the late 1970s and the early 1980s in search of safety, as the Communist Khmer Rouge had committed genocide in Cambodia's death fields. Millions of them were executed or vanished.

Many people who fled to California settled down and found work in doughnut shops.

Teresa Ngo, owner of Blinkie's Donuts Woodland Hills, said that "we immigrated right after [the genocide]". Since the 1980s, her family has owned doughnut shops. "At the beginning you don't know the language and then you find family who offers you a job. The next thing you know they have been doing this for many generations.

Erin Curtis is an L.A. historian at the Lucas Museum of Narrative Art Los Angeles. She said that refugees didn't have many resources and needed to find ways to support one another. She said that California has a long history in doughnut culture. "And it has become even more famous, would I argue, over the past 40 years or so. That's really because of Cambodian refugees who kinda came in and expanded our doughnut culture here, in Southern California, very significantly."

The pink doughnut box is now part of the culture. In order to make a dozen delicious doughnuts, the Cambodian shop owners swapped expensive white boxes for pink boxes. This move saved thousands of dollars and became a symbol of sweetness.

Dorothy Chow, who manages a doughnut supply business, said that she learned to fold pink doughnut boxes before learning how to write them. She is the daughter of Cambodian refugees and grew up in several of her parents stores.

Chow stated that there were days when I worked 12-, 13- or 14-hour days. "But then, as an older person, I can look back with pride. As if I'm a part something larger. I'm part of the whole journey our parents took. They arrived here with nothing. They needed every assistance they could get with the doughnut shop. We were always there to support and help them when we could."

This is a story that is currently being unboxed. Phung Hyunh, a Cambodian-American artist, arrived in America as a refugee. She uses a pink box to preserve the Cambodian-American refugee experience in her exhibit "Donut (W)hole" at Self Help Graphics & Art Los Angeles.

Hyunh's art is mainly about the second generation. Hyunh juxtaposes childhood photos of "doughnut children" with portraits of their adult selves. It's only the American generation that can tell their parents "Look, we want to honor you." You didn't have the time to think about all that you've experienced. We want to use this opportunity to tell your story, because you didn’t have time to write it.

Dorothy Chow is one of her portraits.

Chow responded to a question about her pride when she saw her portrait on a pink box of doughnuts. Perhaps it was the first time that I felt like I was growing up in America, and perhaps making the sacrifices that I made as a child, I felt this way.

Chow sees the world differently now that she is an adult. She remembers how pink boxes were folded when she was a little girl. She said that the doughnut boxes were a symbol of American refugee experience and resilience.