Slipping homeownership isn’t just a Southern California problem.U.S. Census Bureau stats for 2016 show continued dips nationwide, statewide and in Los Angeles and Orange counties. But surprisingly, there was against-the-grain progress in the Inland... 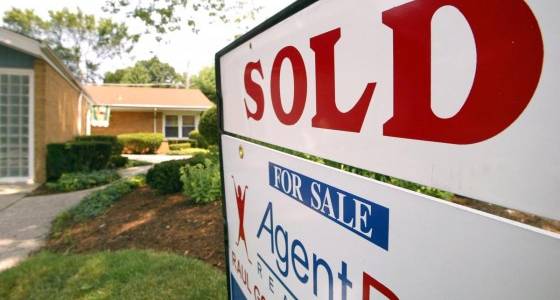 U.S. Census Bureau stats for 2016 show continued dips nationwide, statewide and in Los Angeles and Orange counties. But surprisingly, there was against-the-grain progress in the Inland Empire.

My trusty spreadsheet tells me that in 2016 an average 47.2 percent of households in the L.A.-O.C. metropolitan area lived in homes they owned vs. 49.1 percent in 2015. In both years, that was the lowest ownership rate among the nation’s 75 largest metro areas.

These signs of regional homebuying hurdles make the rise of ownership in Riverside and San Bernardino counties impressive: 63 percent ownership in 2016, almost at the national level and up from 61 percent in 2015.

Nationwide, ownership averaged 63.4 percent last year, down from 63.7 percent in 2015 and the 69 percent high in 2004. Of course, the peak hit when high-risk mortgages made homebuying far easier.

Here are five questions raised by the report:

1. What’s up in the Inland Empire?

There’s little doubt the two counties’ booming job market and reputation as Southern California’s housing bargain helped boost ownership. Want to know why the 91 is so packed with cars?

Last year, the Inland Empire had the highest ownership rate among the seven California markets tracked and ranked 35th out of the 75 metros nationwide vs. a 52nd ranking in 2015.

2. How rare was that increase?

Last year, the nationwide ownership rate fell to a 41-year low, improved in only 16 states and was up in just 27 of the 75 major markets tracked. In fact, the Inland Empire’s 2 percentage point improvement was 11th best last year among the 75 metros.

3. Why declining ownership in so many places?

Affordability has been a challenge in many markets across the nation. Recent employment increases and salary gains have been negated by rising home prices since the recession ended and by pricier mortgages starting late last year. Stingy, risk-averse lenders don’t help the house hunter’s challenges.

Ponder that U.S. home prices rose 6 percent in the year ended Sept. 30, according to federal mortgage regulators’ indexes. Prices rose in 49 states by the same math (including California’s 7 percent gain, 10th best) and in 99 out of 100 metros tracked (New Haven, Conn., the lone decliner.)

4. Can you find anything to buy?

Supply of existing U.S. homes is tight as homeowners opt to stay put longer. And developers are slowly getting in gear with new home construction hitting its highest level in nine years in 2016. But last year’s development boomlet is still 18 percent slower vs. the average homebuilding pace of the previous 55 years.

Those are key reasons why nationwide homeownership declined for the 12th consecutive year in 2016 to a low last seen in 1965. It’s not much better statewide. California ownership slipped to 54.2 percent last year – third worst among the states – down 0.1 percentage point in a year and well off its 60.2 percent high of 2006.

As we saw a decade ago, easy-money lending is not a simple solution. The ensuing housing crash slashed ownership as numerous families were left financially scarred and other potential owners were scared off by housing’s financial risks.

Might slipping homeownership be less problematic than we think?