CaptionCloseGail Hathaway, who was fired as CEO and executive director of Workforce Solutions Alamo in November, is now suing the organization for up to $1 million for breach of contract, slander and emotional distress. Hathaway lays most of the blame for... 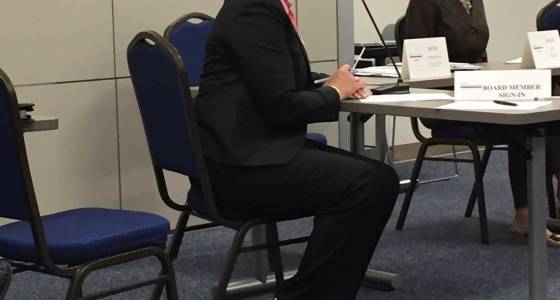 Gail Hathaway, who was fired as CEO and executive director of Workforce Solutions Alamo in November, is now suing the organization for up to $1 million for breach of contract, slander and emotional distress.

Hathaway lays most of the blame for her firing on former WSA spokeswoman Eva Esquivel, accusing her of harassment. The lawsuit filed this week in Bexar County district court says Esquivel made anonymous “hot line calls” complaining about Hathaway to the state agency that oversees Workforce Solutions Alamo and spread rumors about the ousted executive that Esquivel knew weren’t true.

Esquivel falsely accused Hathaway last year of awarding a janitorial contract to Hathaway’s neighbor and of having an illicit sexual relationship with another unnamed employee, the lawsuit states.

“These false allegations were made intentionally, knowingly and with ill will, actual malice and reckless disregard for their truth of falsity,” according to the lawsuit. The allegations damaged Hathaway’s reputation and exposed her to “public hatred, contempt, ridicule and financial injury,” she said in the lawsuit.

The lawsuit says Esquivel was terminated at the agency after she physically assaulted a co-worker. Esquivel declined to immediately comment on the lawsuit, saying she needed to speak with her lawyer first.

Hathaway, who was fired by the WSA board Nov. 7, said the organization could have avoided litigation had the board given her 14 days written notice or provided written reasons for her firing. Hathaway said in the lawsuit that neither of those things happened.

Hathaway is seeking roughly $200,000 in actual damages, as well as attorneys fees and punitive damages for the “shame and humiliation, emotional distress, mental anguish, and other psychological damages which Plaintiff has suffered in the past and which she will, in reasonable probability, suffer in the future,” the lawsuit states.

Hathaway was terminated following a scathing report from a state agency that criticized the organization’s contracting practices and cited a “culture of fear, suspicion and retaliation” among staff, which she disputes.

Then-Chairman Rudy Garza said during the Nov. 7 board meeting that TWC had found “discrepancies in procurement procedures and allegations of a hostile workplace environment.”

Hathaway defended her performance at the agency before the board voted to fire her. She was hired in 2014 with a two-year contract and two one-year optional extensions.

“If it’s your desire to have someone different, then so be it,” Hathaway said at the meeting. “I’m tired of working my tail off and then made out to be the bad guy and scapegoat. The changes at WSA were needed and are already making a difference. I hope you think long and hard about what you really want to do. Starting over every time is not always the best answer.”

After firing Hathaway, the board hired former WSA Executive Director Alan Miller, who had retired, to operate the agency as interim CEO and executive director until a permanent replacement is named. The board is scheduled to announce a finalist for the position during its April 21 meeting.

The San Antonio agency serves 12 counties, including Bexar. The board and staff govern a network of service providers and contractors that match people with jobs.