Beirut: In an apparent muscle-flexing move by Hezbollah, the Lebanese Ministry of Foreign Affairs summoned UN representative Sigrid Kaag after a tweet she posted last week calling to uphold UN Resolution 1701 which ended the Israeli war against Hezbollah.Her... 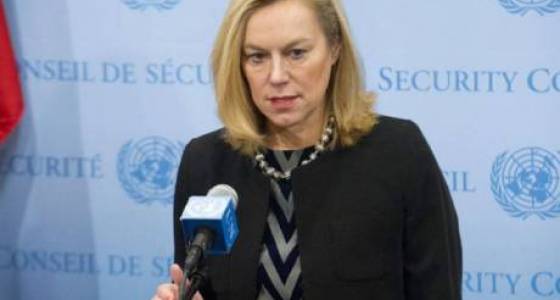 Beirut: In an apparent muscle-flexing move by Hezbollah, the Lebanese Ministry of Foreign Affairs summoned UN representative Sigrid Kaag after a tweet she posted last week calling to uphold UN Resolution 1701 which ended the Israeli war against Hezbollah.

Her tweet came after an interview by Lebanese President Michel Aoun in mid-February when he told a private Egyptian TV station that he backed Hezbollah’s ‘right’ to be armed — a point of contention inside Lebanon where all militias turned over their weapons after the country’s gruelling civil war except the Iran-backed group.

Kaag affirmed 1701 was “vital for Lebanon’s stability and security”.

But Al Nahar posited that the UN Special Coordinator for Lebanon was hinting that there should be no arms outside control of state.

He summoned her and took the unconventional step of filing an official complaint about protocol.

Director-General at the ministry, Ambassador Wafiq Mohammed Rhayme reportedly told her that the tweet was an undiplomatic criticism of a head-of-state, and that she should operate within a narrower context to fulfil her specified tasks.

She insisted that her note was not directed at Aoun or his statements.

Leading Western embassy officials in Lebanon are now demanding the Foreign Ministry to clarify the circumstances which led to Kaag’s summoning.

Al Nahar reported that the embassies have yet to receive an answer.

On August 11, 2006, the UN Security Council adopted Resolution 1701 to stop the Israeli war against Hezbollah, called for a full implementation of the Taif Accords and, far more critically, resolutions 1559 (2004) and 1680 (2006), which required the disarmament of all armed groups in Lebanon.

Kaag, a Dutch diplomat married to a Palestinian, assumed her Lebanon post in January 2015 after serving as Under Secretary-General and Special Coordinator of the United Nations Organisation for the Prohibition of Chemical Weapons. She is expected to replace Staffan de Mistura as Special Envoy to Syria and, should she assume that office, will play a vital role in determining the political process that will presumably resolve the safe return of Syrian refugees from Lebanon back to their country.