Volvo is recalling button 750.000 cars in the entire world, according to United Danish Motorejere (FDM) in a test has found a serious security flaw in several o 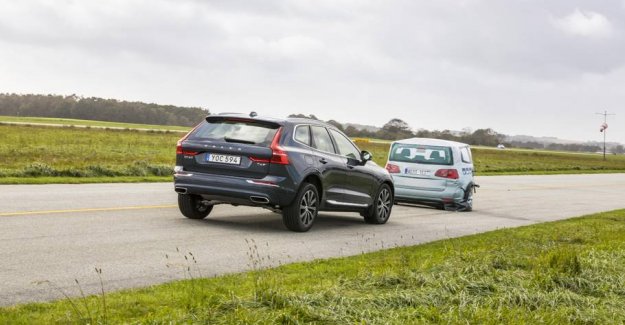 Volvo is recalling button 750.000 cars in the entire world, according to United Danish Motorejere (FDM) in a test has found a serious security flaw in several of the brand's models.

It writes the FDM in a press release.

the Error was discovered, in connection with that FDM tested new førerassistentsystemer on a number of cars from several manufacturers. Here was the emergency braking system on a Volvo XC60 to fail, which meant that the car is not slowing as it should, as it was driven towards a particular testpude, that should make it out of a car.

Volvo sent experts from Sweden to Denmark, where the for myself found the problem. And the study on Volvo's own test centre in Gothenburg, has shown that the error includes all Volvo models produced from week 4 of 2019 and to today. the

Should be fixed by software update
According to Volvo itself, there is an error in the software in the emergency braking system. The factory has therefore decided to recall all the affected cars, then the error can be removed by means of a software update. the

- The automatic emergency brake in new cars is crucial for security and must, of course, function flawlessly. Therefore, we are very pleased that Volvo, completely by the book, now is recalling all affected cars. Especially when there is talk about such a critical error, which means that the car can not recognize and thus slow down the cars or vulnerable road users, says the head of the technical advice in the FDM Lone Otto.

Specifically, will the new owners of the affected models receive a withdrawal via Færdselsstyrelsen. Of the it will appear, how and when Volvo will repair the defect on their car. Since there is talk about a so-called forced withdrawal, have vehicle owners required to get corrected the error. Otherwise the car will not be able to go through the next vehicle inspection. FDM encourages vehicle owners to as soon as possible to get fixed the bug, as it has an impact on vehicle safety.

FDM has on the basis of the test informed among other things, its european søsterklubber, Euro NCAP and bilklubbernes umbrella organization FIA. the

Owners can get detailed information at Volvo Denmark's website or at their dealer.

See also: are you Running a company car? So, you're probably in love with this model