The pressure increases: - Not like to move a football game

the Pressure to get deferred at the OLYMPICS in Tokyo in 2020 increases. In recent days, athletes, federations and national olympic committees expressed their 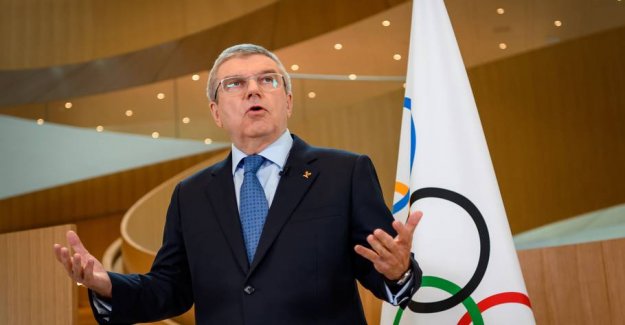 the Pressure to get deferred at the OLYMPICS in Tokyo in 2020 increases.

In recent days, athletes, federations and national olympic committees expressed their opposition to running the games in July and august.

the Dissatisfaction due to the outbreak of the coronavirus, and Sunday came several opponents on the field.

The national olympic committees in Serbia and Croatia, calls now also for a postponement of the OLYMPICS.

Japan has invested a lot of resources in the olympic games and has relentlessly said that the games must be settled according to plan.

- But it goes against all reason, and we cannot support it, because human life comes first, says Vanja Udovicic, president of Serbia's Olympic Committee, according to Reuters.

Zlatko Matesa, who has the same role just in Croatia, agrees with his colleague.

- in my opinion, should and should the OLYMPICS be postponed a few months. It will not be a dramatic delay, " says Matesa.

The olympic committees in Norway and Brazil has also asked The International Olympic Committee (IOC) on a postponement.

Max Hartung, who is a former world champion in fencing and is already qualified for the games, says he will boycott the OLYMPICS, if it proceeds according to plan.

- I have made my decision. This summer I will not participate in the olympic games on the scheduled date, says Hartung of the German tv-station ZDF.

IOC president Thomas Bach exclude to cancel the OLYMPICS, and he is also critical of a possible postponement.

- The olympic games can not be moved as a football game on next Saturday.

- It is a complex size, and you can only act responsibly when you can take a decision that is well justified, says Bach for the German radio channel SWR.

- A cancellation of the games would be the least fair solution. A cancellation will destroy the olympic dream of some 11,000 athletes from 206 olympic committees, emphasizes Bach.

Reuters has this weekend spoken to several anonymous sources within the olympic movement, and some of them say that the IOC is likely to hold an extraordinary board meeting in the coming week.

A source said to Reuters that the meeting can be 'very, very early next week'. The IOC did not wish to comment on the information.