Merkel in quarantine after meeting with the infected doctor

The German chancellor, Angela Merkel, is Sunday evening been quarantined in his home. It is due to the she Friday, was vaccinated by a doctor who later tested 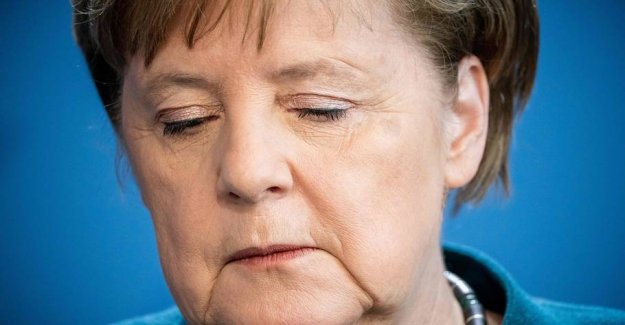 The German chancellor, Angela Merkel, is Sunday evening been quarantined in his home.

It is due to the she Friday, was vaccinated by a doctor who later tested positive for the coronavirus. This was stated by a spokesman, according to AFP news agency.

Merkel will in the coming days will be tested to find out whether she, too, has been infected with the coronavirus, it shall notify the German government spokesman, Steffen Seibert.

It is only a few hours ago, that Angela Merkel at a news conference announce that the German government has decided to ban gatherings of more than two persons. It happens to contain the infection.

Families and the people who are sharing the household, are exempt from the new rules, but the restaurants and bars that have not yet been closed must immediately be shut down. The same can be hairdressers, tattooists, masseurs and beauticians.

It is only a day ago, that Germany's largest state, Bavaria, introduced the curfew in order to limit the infection of the coronavirus.

Since 21. march, it has therefore only been permitted for Bavaria's 13 million residents to leave their homes, if they have to go to work, to go shopping in a supermarket, at the pharmacy or to the doctor.

in Addition, it is the land of illegal to physical exercise with other than them, you live together with.

In Germany are more than 20,000 found infected with the coronavirus, and at least 70 people have died as a result.