Since 1951, every other year held Europe's largest car exhibition in the exhibition halls at Frankfurt. But now it is over motorshow in Frankfurt, for when the 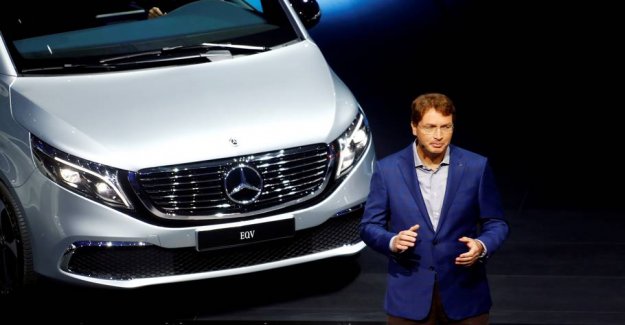 Since 1951, every other year held Europe's largest car exhibition in the exhibition halls at Frankfurt. But now it is over motorshow in Frankfurt, for when the big car show in Germany 'International Automobile Ausstellung (IAA)' settled in 2021, will it be in the spot in Munich.

Paris and Frankfurt, have for many years shared manager position to hold Europe's largest car show, so the 'Mondial de l'automobile Paris' will be held in even years, while the IAA, also known as the Frankfurt Motor Show, being held in odd-numbered years.

the IAA exhibition in 2019, however, was a disaster for the German hosts with only 550.000 visitors, compared to the normal 900.000, like all japanese car brands did not materialize.

Therefore, the organizer of the German automotive industry, common associations, the Verband der Autoindustrie (VDA), there was found a new host, and now is the choice therefore fell on Munich.

the Newspaper Frankfurter Allgemeine has previously described how the VDA has had an experience of IAA-fair in Frankfurt appeared outdated, and that the organizers therefore felt that the exhibition should be held in large exhibition halls and be limited to a specific exhibition space, but instead be a 'mobilitetsplatform', where visitors in the future may experience all kinds of mobility.

Berlin, Hamburg and Munich were the three cities, which formed the finalefeltet, and although Berlin was allegedly a favorite, so it is bilbyen Munich, which is in 2021 to be hosted by the IAA.

Munich has beaten competition from Berlin and Hamburg. All three cities, which were in the finalefeltet, presented a highly ambitious and compelling plans to continue with the IAAs development in cooperation with the VDA, says Hildegard Müller, president of the VDA, in a press release.

- It was a very close race, and I would like to thank all those involved, says Müller.

That Munich will be the host city, evokes probably the joy of BMW, who has a home in the metropolis.

the IAA Exhibition in 2021, the habit of faith take place in september.

See also: Can you see the difference? BMW has a new logo