Biden wins big at the primaries in the three states

The former us vice-president Joe Biden will win big at the Democratic primaries in the states of Florida, Illinois and Arizona. It writes several american med 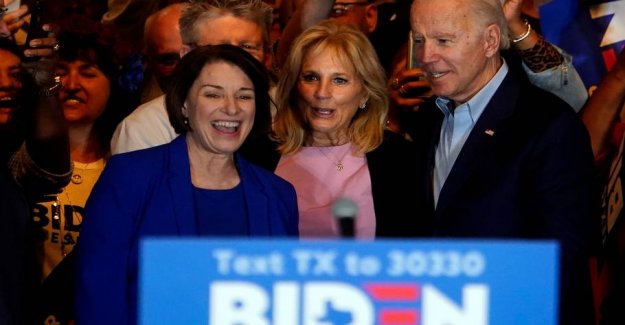 The former us vice-president Joe Biden will win big at the Democratic primaries in the states of Florida, Illinois and Arizona.

With 74 percent of the votes counted in Illinois takes Biden with a lead of 59 percent against Sanders' 36 percent.

In Arizona is Biden to 43 per cent support, while Sanders stands to get 30 percent of the vote with 66 percent counted.

Biden thanked all three states on Twitter for support, like he gave a speech without audience, in which he says that it has 'been a really good evening'.

With victories in Florida, Illinois and Arizona has Joe Biden won the primaries in 19 states so far.

Biden and Sanders are fighting to be the current us president Donald Trumps democratic challenger in the presidential election in november.

Donald Trump has on Tuesday won the republican primary in Florida and Illinois, which gives him enough delegates to be the party's nominee, writes AFP.

An incumbent president must go through a primary to win his party's nomination, although for the most part is a formality.

It was also planned that the Ohio should vote on Tuesday, but just like in other länder chose here to postpone the elections because of the rapid spread of the coronavirus.

Joe Biden was ahead of valgstedernes opening in the three states the favorite to take the most votes.

Tuesday's primaries, provides even more momentum for Joe Biden, who so far is leading the race for the candidacy.