Award-winning krigsfotograf sick: I've got the Earth's largest boomerang in the neck

The award-winning krigsfotograf Jan Grarup has been exposed to a shitstorm, because he went too easy on the coronavirussen. The form of pride, has now hit the p 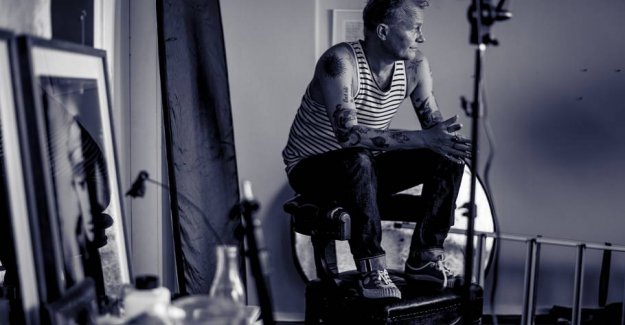 The award-winning krigsfotograf Jan Grarup has been exposed to a shitstorm, because he went too easy on the coronavirussen. The form of pride, has now hit the photographer like a boomerang.

- Also I am actually in isolation with high fever and all the symptoms without knowing whether it is the corona. I am, to put it mildly hit by the nemesis, and has got the Earth's largest boomerang in the neck. However, I will try to ease the burden on our hospital services and ride out the storm itself. It owes I shown, " says Jan Grarup for Politiken.

For a small week ago he put a picture on Instagram with the caption 'Life continues in Copenhagen. A picture that was posted, because Jan Grarup could feel the beginnings of hysteria and indignation.

- I tried to maintain a normality and had at that time not seen, how serious it was. My mistake. But I was also out the picture, because I could feel the beginnings of hysteria and indignation. I have a hard time with that when something comes close to us, then we react very powerful, and when something is far from us, we have only a shrug to spare, says Jan Grarup for Politiken.

Earlier in the week went to Jan Grarup for the meeting with five other journalists, there was the handshake, krammere and man sat together around a table. In retrospect, had he done it differently today.

Krigsfotografen acknowledges that his rhetoric has been too harsh, and try to live as normally as possible, while he follows all the guidelines of the authorities comes with.

- Therefore it is at his place with an apology to those who were affected. As things have developed, I am also concerned about the load, as the hospitals and staff face, tell the photographer.