The president of the Generalitat, Ximo Puig, has started the political course marking the fight against inflation as the main priority of his Government for the coming months. 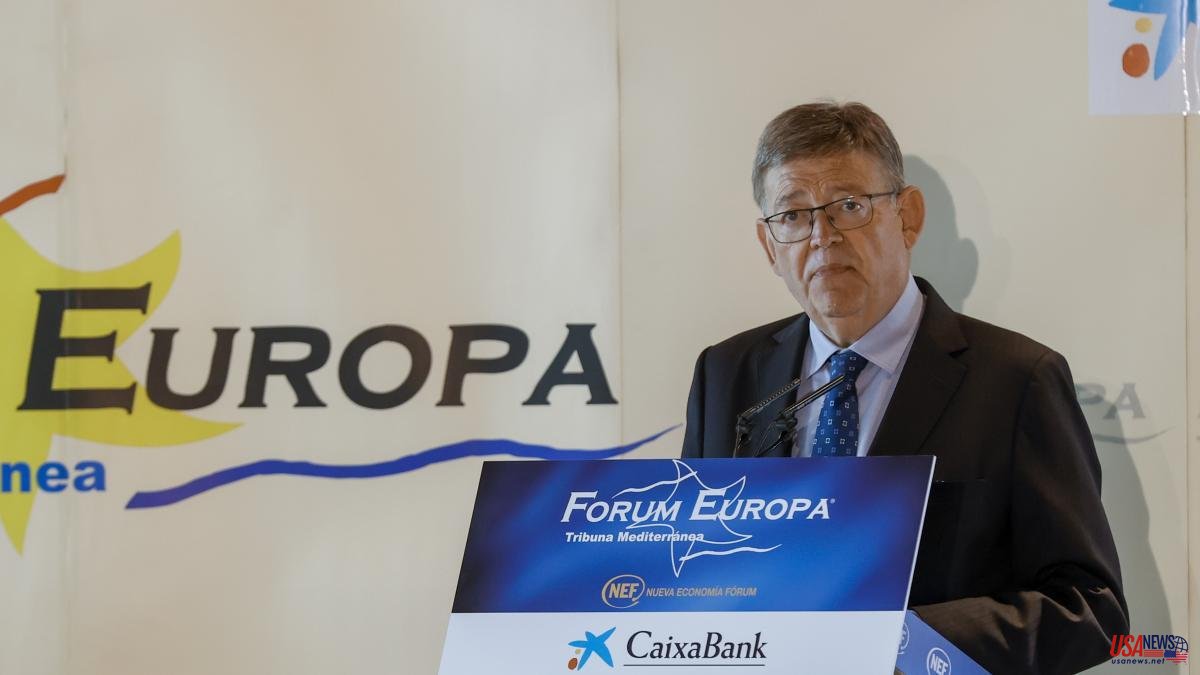 The president of the Generalitat, Ximo Puig, has started the political course marking the fight against inflation as the main priority of his Government for the coming months. The Valencian president has announced that the Generalitat Valenciana is working on a global tax review within the scope of its powers. "It is time to think about refrigerators and not about elections," he emphasized.

"A tax reform adapted to this time of inflation to help the middle and working classes, to further protect the vulnerable population and to boost job creation", Puig advanced during his conference in the framework of the New Economy Forum, held in Valencia.

To questions from the public, the head of the Consell has indicated that the design of the tax reform will begin to take shape this coming weekend at the Botànic seminar in Alcoi.

Puig has pointed out that "the tax reform will reach both individuals and companies and could affect the regional section of personal income tax". The objective, she has underlined, is "to adjust the effort of inflation with palliative measures; we have to adapt the response as much as possible".

In this context, the regional leader Puig has indicated that this fight against inflation "the most regressive tax with citizens" will be included in the Valencian Alliance against Inflation, which will have three fundamental levers: more direct aid, more reductions in rates and public prices and new opportunities.

The president recalled that the Generalitat has already taken various measures in this regard since the invasion of Ukraine began, such as the 300 euros for the self-employed, with 80% of the applications having already been paid, some financing lines, of 260 million, to provide liquidity to companies, support for the Imserso program.

In addition, in parallel with the aid to the economic fabric, the Generalitat has lowered by 10% the rates and public prices that directly affect families, up to 80% the price of public transport dependent on the regional government, the suspension of the collection of water sanitation fee for all Valencian families or a 10% reduction in university fees.

"A tax reform adapted to this time of inflation to help the middle and working classes, to further protect the vulnerable population and to boost job creation", Puig advanced, stating that "the Generalitat has assumed and will assume its responsibility. Without demagoguery, but without relinquishing duties", he added.

The president has also advocated intervention in the energy market, which he considers "essential to avoid industrial collapse." He has highlighted the "opportunity" to move away from the "historical dependence on fossil fuels that generates a bill of tens of billions a year and that propitiates tons of CO2 into the atmosphere."

At the regional level, Puig has pointed out that he will propose a Valencian Pact for energy transformation to political forces, social agents and institutional representatives. "Our horizon is to reach this sustainable scenario in a decade through an accelerated transformation to overcome the dilemma between growth and sustainability": "Protecting the planet is an opportunity to relaunch the economy", he considered.