Xavi's clues for the future and other keys for Barça - Villarreal

Barça will complete the 2021/2022 League with the second place guaranteed and receiving a Villareal team that is playing for the Conference League. 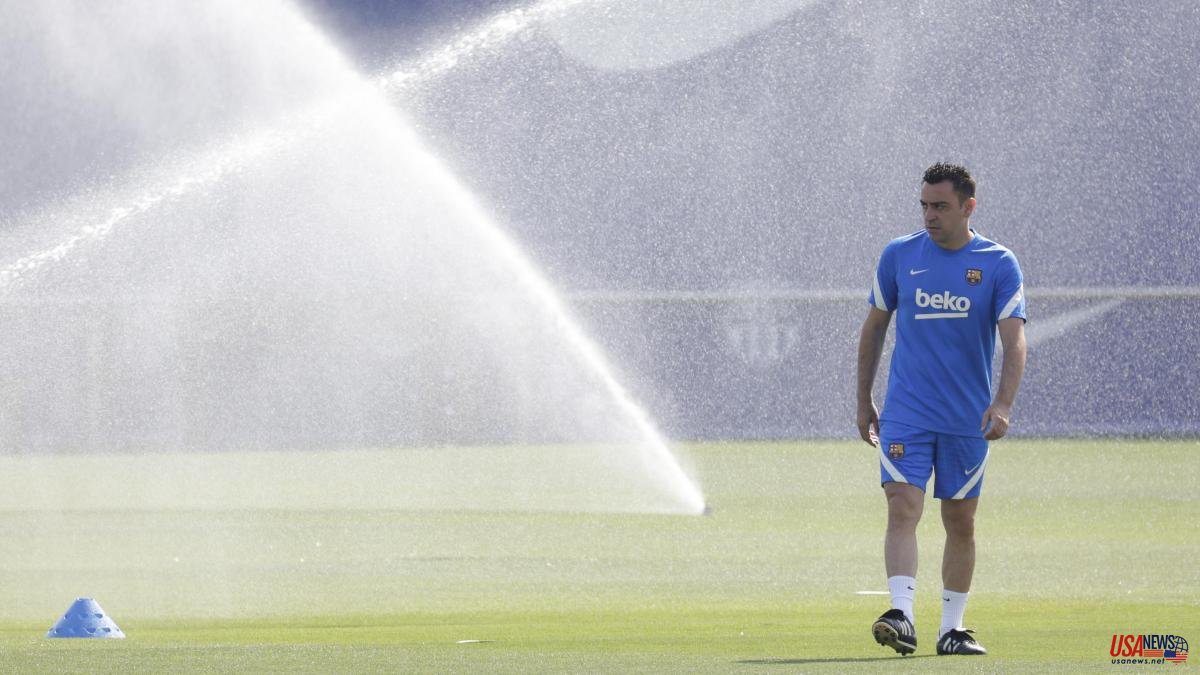 Barça will complete the 2021/2022 League with the second place guaranteed and receiving a Villareal team that is playing for the Conference League. A game that has to serve to close the championship with a feeling notably better than what the last games have left. Here are my five tactical keys for this match.

Bearing in mind that Barça is playing for pride but not for points, the first key is the eleven that Xavi can line up. A team in which some of the Barça coach's future intentions can already be seen. The role of players like Riqui Puig, Aubameyan, Dembélé or Adama Traoré that the coach has in mind for the future can be seen reflected in today's eleven. A day in which Xavi will surely send messages and in which he will have to read between the lines to interpret them.

After being a hot topic in recent days, it's a match to watch for Frenkie De Jong. For a few weeks, the Dutchman has been having a much more volatile positional behavior. So much so that, in certain contexts, he has broken the position game. Against Mallorca or Betis they were the best examples. We'll see if the midfielder continues with the same trend tonight and if he also goes out on the pitch with the will to rebel against the rumors with a good performance on the pitch.

One of the things with which Villareal has done the most damage to its rivals this season has been based on the connection with the opposing midfielder of the diamond that the groguets usually design in the middle. This will be an aspect that Barça will have to avoid so that Emery's team does not have continuity in its game and, consequently, be able to dominate the game. That is why it will be important for Barça's midfielders and forwards to press, always keeping in mind to cover up that passing line with Villareal's farthest midfielder, who is the one who normally breaks the pressure of all opponents.

This aspect is important so as not to have a bad time in defense. And it is that Emery's Villareal is a team that exploits fast counterattacks very well when it comes from its field. They come out with speed and are very clear about how and in what areas to connect to damage rivals. They find the first pass clearly and then play the falls of their fast tips in falls (Dia, Danjuma, Samu, Gerard Moreno….).

Barça will have to minimize these Villareal maneuvers with three basic aspects: pressing quickly after losing the ball, closing or hindering the first pass inside and being attentive to defend the spaces by running well back.

Villareal is a team with enormous offensive potential. There is no doubt that it is a team very marked by the contribution of Gerard Moreno, who has reached this end of the season very just. But the groguet team has other players with a high attacking level. Like for example Giovani Lo Celso. The Argentine interprets the game very well between the lines when he has spaces. Dangerous things always come out of his left foot or, at least, of high football sense.

On the other hand, Samu Chukwueze is in the best moment of the season. His course final is splendid in terms of overflow and weight in three quarters. With an average of 2.6 dribbles, he is the Villareal footballer who dribbles the most and best. Both will have minutes and importance in the context of the rival. It will be good for Barça not to give them a margin.