Xavi: "One year as Barça coach is equivalent to ten" 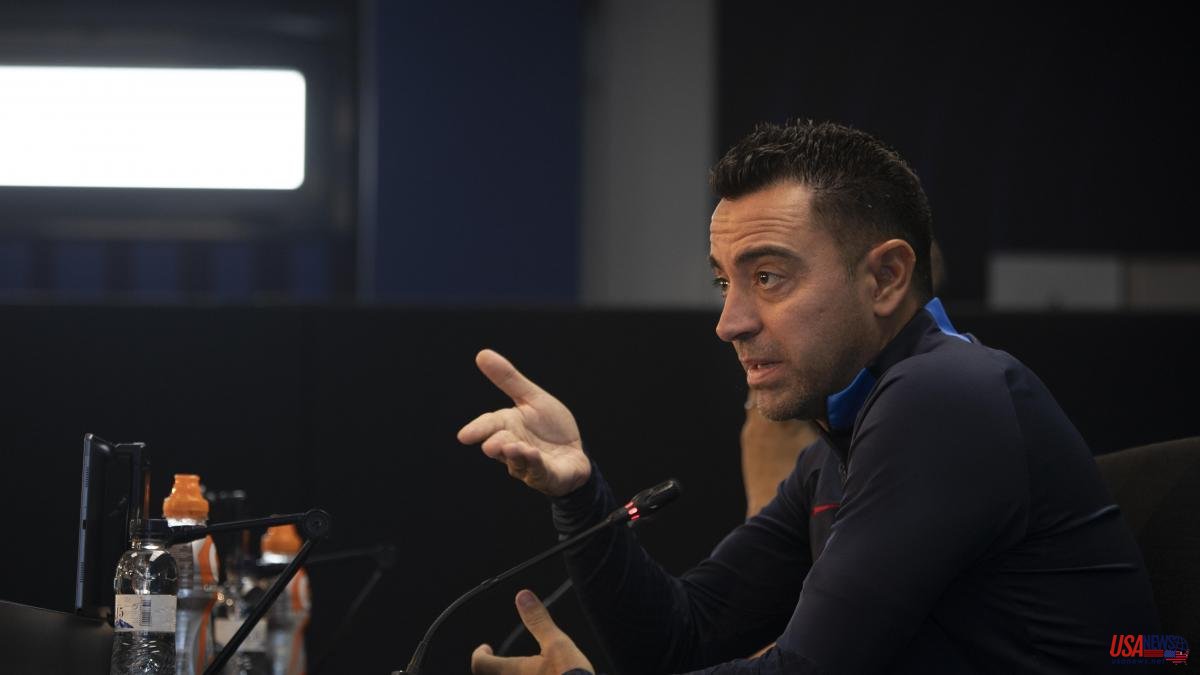 A year at Barça is not just 365 days. The requirement of a bench like the blaugrana causes a loss of notion of time and wear and tear often translated into alopecia or gray hair. The latter is not the case of Xavi Hernández, who last Sunday blew his first candle as coach at the club. Yes, it is the fact of having lived this first year with an intensity unknown to the one from Terrassa.

The coach himself recognized him this Monday at a promotional event at the Santander Work Café in Barcelona. There he presented the news of his campus - next summer he will celebrate his 25th anniversary - and took stock of his stage, blackboard in hand. "One year on the Camp Nou bench is equivalent to ten," he joked. "You are judged, criticized... you suffer a lot, it is not easy to manage if you are also from the house. This year has been a roller coaster of emotions."

Xavi takes advantage of the break for the World Cup in Qatar to "disconnect". He does it as the leader of the First Division, a relief after a few busy first months of competition after the new premature elimination in the Champions League. "In the League we are very good, but in the Champions League we have not given the stature," he acknowledged, stressing that the championship Domestic is now "the main objective" without ruling out going for the Europa League and the other Spanish championships (Cup and Super Cup).

He recognized that "leading the break has been very important, especially to calm the environment" and explained that "we are already preparing the second part of the season, which is atypical with the World Cup in between. We will have to take into account the physical aspect and also the mental, of those who have not met their expectations in Doha".

The Barça legend also spoke of expectations, who assured that he did not live with concern about what could happen in the future. "It will depend on the results. Any elite coach is at the expense of the results. Very high expectations have been generated and we must be there."

Xavi also criticized Robert Lewandowski's three-game ban (one for a double yellow and two for a gesture with his finger in the nose in Pamplona. "We are going to appeal, we believe it is an excessive sanction because it was an impulsive gesture, he already He explained perfectly, it's too much punishment and let's see if we can lower it. Robert is an example of conduct, he always has been, that's why we believe it's excessive".

Regarding the World Cup, he sees Brazil and Argentina as "a step above the rest" and pointed out that Messi, the best of all time according to Xavi, "arrives very motivated". "For me he is the best in the world and in history. Comparable with Maradona, Pelé, Di Stéfano... he will be number one with and without the World Cup."

Finally, go to the Spain of Luis Enrique with prominence in Qatar. "I predict a very good World Cup, I am optimistic despite the fact that the tone of the team is critical and demanding. Luis Enrique is a natural leader and has a lot of personality."