“With the salary of the month you buy a coffee”

S valutation, svalutation (devaluation, devaluation), with a month's salary you only buy a coffee”, said the successful song from the mid-seventies by the Italian singer Adriano Celentano. 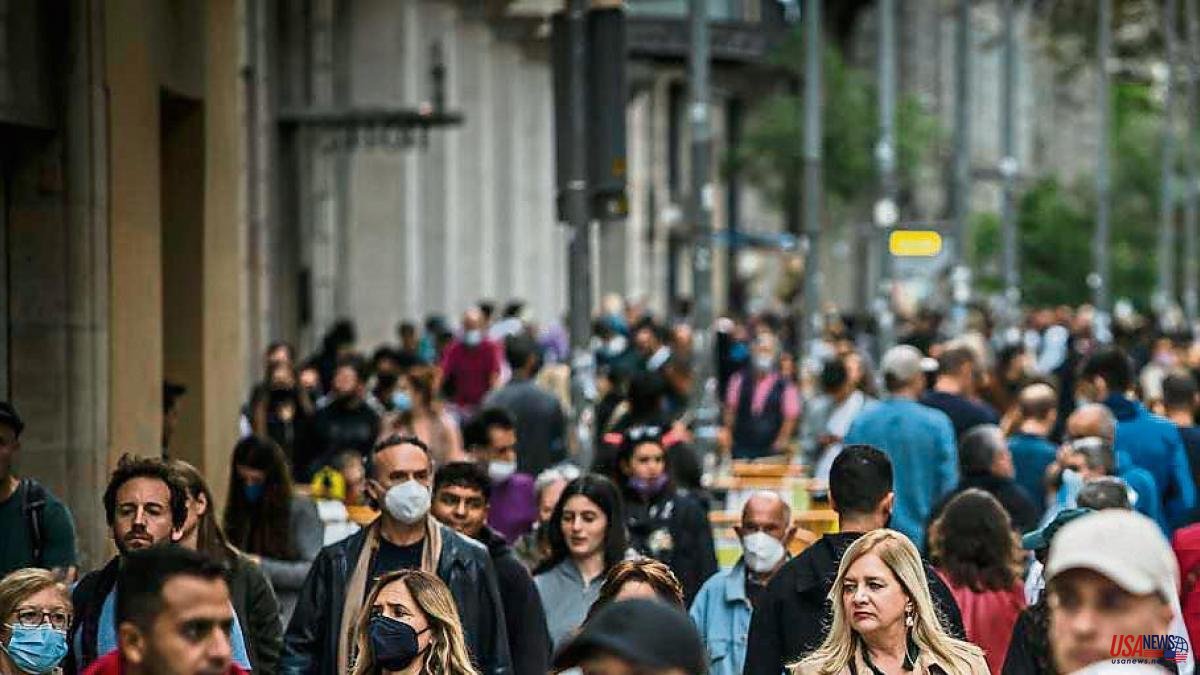 S valutation, svalutation (devaluation, devaluation), with a month's salary you only buy a coffee”, said the successful song from the mid-seventies by the Italian singer Adriano Celentano. Letter that for many makes sense again in view of the vertiginous rise in prices of some basic products, from gasoline to many foods, in recent months. Yesterday, the Prime Minister dropped that without the measures he was announcing, inflation would be around 15%.

Pedro Sánchez's new package, with which he promises to mitigate the social effects of runaway inflation in recent months, tries to deal with the growing climate of malaise that is taking shape in public opinion and whose most recent expression has been the electoral results In Andalucia.

The measures certainly have as their direct objective the social sectors hardest hit by the sudden rise in the cost of living. That is both its social virtue and its political lack. Well, the discontent goes beyond the sectors with lower incomes or in need of urgent help. Inflation irritates everyone, a very broad social spectrum. Inflation is an engine of anger and social unhinging to which it would be suicidal not to give priority attention.

It is obvious that in the current episode of rising shopping basket prices, the responsibility of governments is very limited. The engines are globalization, with dependence on supply chains, in the first place, and changes in relations between the great world powers, with the war in Ukraine as the maximum exponent, later. Waiting for national solutions is also unreasonable, except in the case of a few; USA or China.

Until very recently, central bankers on both sides of the Atlantic were immersed in a debate about whether price increases were greyhounds or hounds. Now they seem to agree that it is more than just a conjunctural rebound and they have begun to vary their monetary policy, that is, to withdraw stimuli and raise interest rates, like Jerome Powell's Federal Reserve, or prepare to do so immediately, like in the case of Christine Lagarde's ECB.

And how do the shock measures approved by the different governments fit in with this change in monetary policy that is already a reality? The classic recipe of the guardians of monetary stability is to cool down the economy to kill price rises at the root and that is why they raise interest rates, making money more expensive. And what national executives are doing is to keep economies operating as close to normal as possible.

The former are in favor of letting the effects of rising prices be felt, the price increases of energy imports, for example, so that the economy adapts. The latter suffer from social pressure so that these bites to their purchasing power are neutralized. The conflict seems inevitable.

Is there a ground for rapprochement or understanding? In the Spanish case, the governor of the Bank of Spain and member of the ECB council, Pablo Hernández de Cos, proposes an agreement that distributes the costs of this loss of social income. The senior official has requested this week that "fiscal measures must be focused on the most vulnerable and must be temporary so as not to affect the structural deficit."

In principle, the program announced yesterday by Sánchez seems to broadly meet these requirements, its validity would end at the end of the year and most of it is directed to the layers with less income.

But in the end, everything will depend on the duration of the inflationary episode and the size of the interest rate hikes applied by the ECB. The more forceful it is, the more it will complicate public finances, the cost of debt.

For some, the ECB has decided to act when it is not due and will end up caught with the wrong step, since the world is already heading towards recession and not towards a warming that requires a cold treatment with rising interest rates. A part of the inflationary inflammation in a good number of raw materials, from gas to oil, are already registering notable price decreases from their maximums this year. And furthermore, the European economy has not yet fully recovered from the contractionary effects of the pandemic, which would remove the specter of endogenous inflation that is resolved with the classic monetary policy measures. Inflation is not rushing hordes of consumers into department stores.

If this is confirmed, something that will be verified after the summer season -which at the moment animates everything- the ECB could have to retrace at full speed the measures that it has now begun to rehearse. Meanwhile, the governments seem forced without excuse to help the population most affected by the impoverishment that the rise in the cost of essential products is causing them. As much as those obsessed with debt resent it.