Who is Victor But, the trafficker that Russia wants to exchange for the US basketball player

Precious stones and weapons, beauty and destruction, mark the dangerous existence of Víktor But, the “merchant of death”. 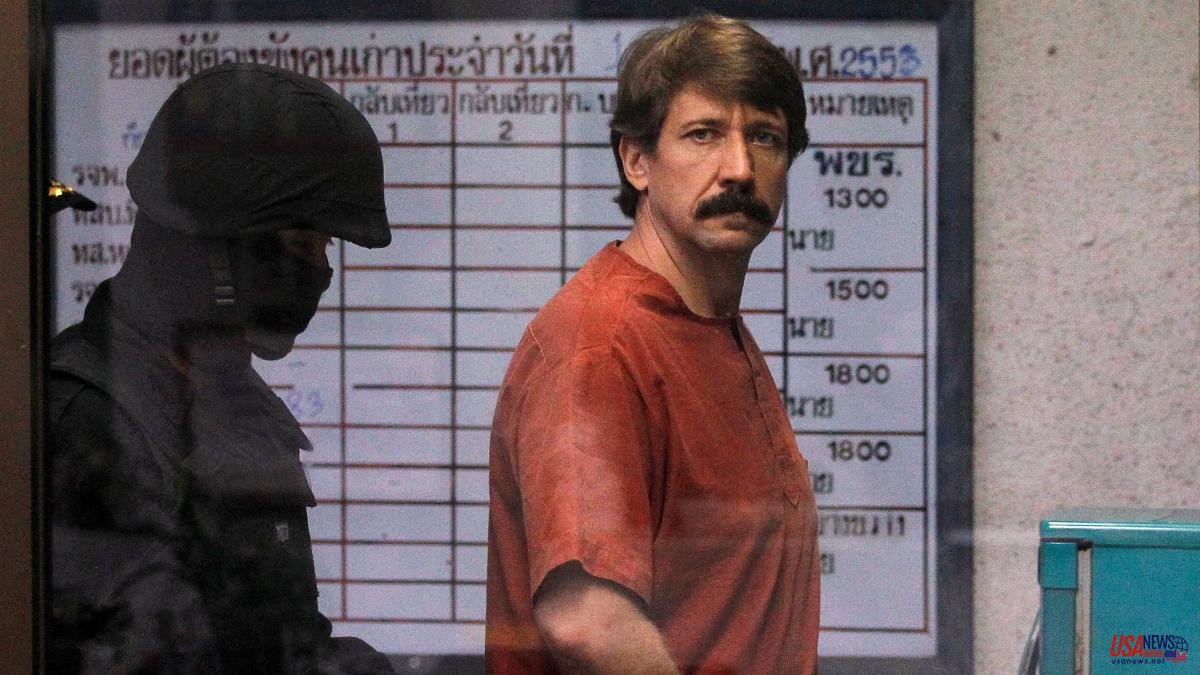 Precious stones and weapons, beauty and destruction, mark the dangerous existence of Víktor But, the “merchant of death”.

They say that he traveled the world always accompanied by a gem expert and an accountant.

It trafficked in "blood diamonds" and supplied war material to areas mired in hostilities, dodging UN embargoes, since the 1990s. He fed a parish of brutal clients, warlords and despots, who staged cruel conflicts, from Liberia to Sierra Leone passing through Al Qaeda, Afghanistan, the Middle East or Colombia.

His name has come out of the ostracism of the Marion prison in Illinois. At 55 years old, and with training that allows him to speak six languages, this former USSR soldier is serving a sentence of a quarter of a century in a restrictive unit known as the "little Guantánamo".

The United States has offered But in exchange for basketball player Britney Griner, 31, sentenced to nine on Thursday for drug trafficking (she had less than a gram in two marijuana vapor cartridges), as well as Paul Whelan, exmarine and employee of a security company. Her arrest, in 2018, also occurred when she found some hashish cartridges for her consumption, although they imposed 16 years on accusing him of espionage.

"We are ready to deal with this issue," Russian Foreign Minister Sergei Lavrov said Friday. "But only within the framework of the communication channel established by Presidents Biden and Putin," he remarked. "There is a special channel for presidents and, despite some declarations, it still works," the head of Russian diplomacy clarified.

His US counterpart, Antony Blinken, said he wants to continue this discussion after the phone call they had last week.

He clarified, however, that Griner's arrest in February, a week before the invasion of Ukraine, and his conviction – “unacceptable” for Biden – bring to light Moscow's unjustified conduct with the arrests “to advance its agenda using to people in pledge”.

Some sources point out that the Kremlin also wants Vadim Krásikov in the exchange, with a life sentence in Germany for shooting down a Chechen opponent in Berlin in 2019. The United States considers this request unfeasible.

“Viktor But was a unique creature born out of the end of communism and the rise of unbridled capitalism when the wall came down,” according to Douglas Farah, co-author with Stephen Braun of the book Merchant of Death.

This 2007 book explains the rise of But, also the inspiration for the movie Lord of War (2005), starring Nicholas Cage.

The two stories, the non-fiction and the dramatized, reached the public before his fall.

The Russian businessman, as he considers himself, was arrested in 2008 in a sting operation led by US anti-drug agents in Thailand. They posed as members of the Revolutionary Armed Forces of Colombia (FARC). Finally, he was extradited to the US in 2010 after a lengthy judicial process. The trial was held in New York in 2011.

Supposedly he was born in 1967, in Dushanbe (Tajikistan), the son of an accountant and a car mechanic.

"He was a Soviet officer, probably a lieutenant, who simply saw the opportunity offered by three factors resulting from the collapse of the Soviet Union," Farah said.

The factors he cited are abandoned planes that could not fly due to lack of fuel or maintenance, huge warehouses of surplus weapons guarded by highly bribable guards, and the emergence of numerous armed groups, from Africa to the Philippines.

At trial, the Manhattan federal prosecutor, Preet Bharara, defined But "as public enemy number one" who had armed the most violent conflicts. "He gave weapons to terrorist organizations committed to killing Americans," he stressed.

Everything is circumstantial. Today But is a bargaining chip for two citizens with no criminal record, caught with insignificant amounts of marijuana.