When the Camp Nou vibrated with the magic of Pelé

Pelé's presence in Europe was always an event. 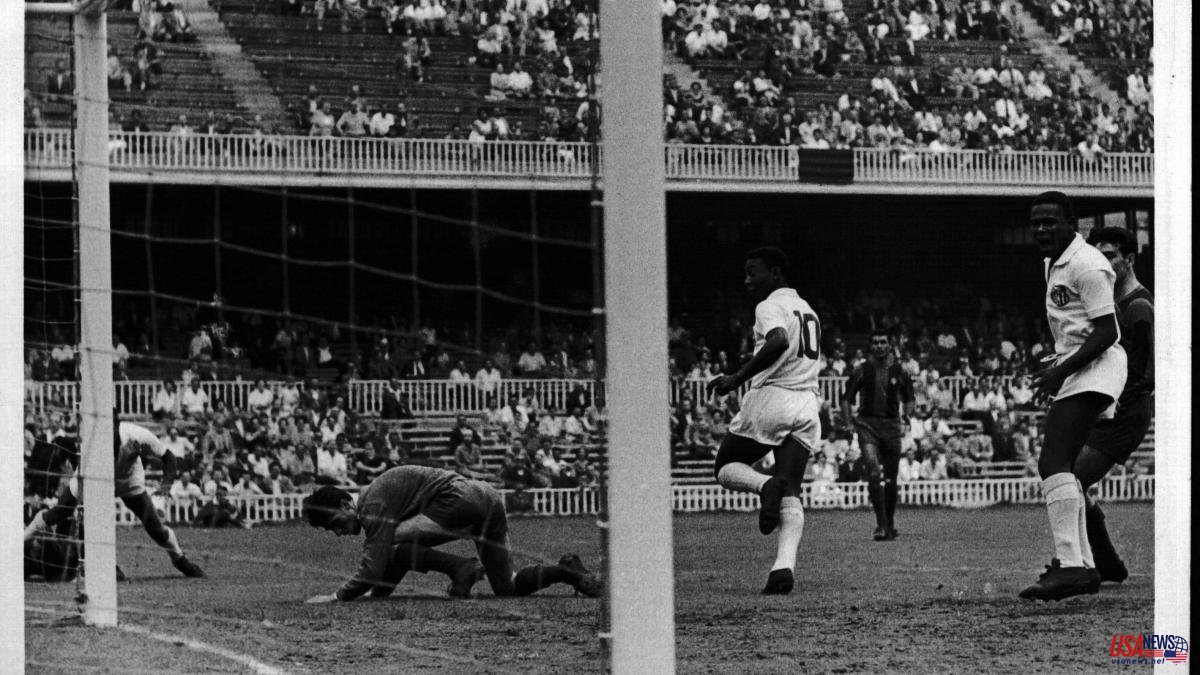 Pelé's presence in Europe was always an event. Retained by the Brazilian sports laws of the time in Santos, while the São Paulo team was in full swing, they managed to raise a lot of money with tours of friendly matches throughout Europe. In three of them O'Rei faced Barça at the Camp Nou. The fourth was in a Ramón de Carranza Trophy, a classic too.

Pelé's premiere at the Barcelona venue took place on June 28, 1959 and Pelé was barely 18 years old. In 1958 he had already discovered the world with his phenomenal performance in the World Cup and his fame was already great. Santos that day did not disappoint at all and thrashed Barça 1-5. The Brazilian team was on a tour of Europe and had just beaten Inter 7-1 in Valencia. Pele shined. He was marked by Martí Vergés but despite this he scored two goals. According to the La Vanguardia chronicle, he achieved the third for his team “with a strong shot” and the fifth with a “corner shot”. He was a Pelé brimming with youth, strength and skill. Despite this, the Santos coach assured that he "had played at 20 percent."

Not in vain were they immersed in a "tourneé" of 19 games in 27 days. The goal of Barcelona's honor was scored by another illustrious Brazilian, Evaristo.

The second visit of Pelé's Santos to the Camp Nou took place a year later, on July 2, 1960, and on that occasion the victory fell to the Barcelona side 4-3. The Blaugrana team took their revenge and the Brazilian star only left a few drops of his quality. Barça won with two goals from Luis Suárez, one from a veteran Kubala and another from Villaverde. The result at halftime was 4-0 but afterwards Santos was on the verge of drawing. If he did not, it was because of the magnificent performance of Ramallets.

On June 12, 1963, Pelé's last visit to the Camp Nou took place. Barça prevailed 2-0. By then the fame of the Brazilian was even bigger and he had already been consolidated in the elite for quite some time. The public always expected wonders from him wherever the Santos tour went. In the Blaugrana field he did not finish being at his best. "He played at 10%," said the coach of the São Paulo team at that time. "For a demanding spectator, the performance of Santos, of Pelé, against Barcelona, ​​did not fully satisfy, since the fame estimated in millions of dollars, of the players of the Brazilian team, expected an exceptional juggling that did not can occur without interruption, sometimes, only in gusts and even droppers, in a football match in which, of course, not only must an opponent like Barcelona be taken into account, but also because the Barça players acted as also suggested by the almost mythical resonance of the name of their opponents headed by the fabulous Pelé. ¥ I say fabulous because we know that he is an extraordinary player, one could say exceptional, because he has demonstrated it throughout a footballing life that admits few comparisons, but whose virtuosity, in short, measured him last night, although at all times his intervention in the game left a trail of mastery”. This is how the chronicler of 'La Vanguardia' of the time, Santiago García, described Pelé's performance.

With 34 years already in his saddlebags, Pelé faced Johan Cruyff's Barcelona on September 1, 1974. The Barcelona fans won 4-1 in the Carranza Trophy. The only Brazilian goal was the work of Pelé, from a penalty.