What is and who makes up the Adhesion Council that today proclaimed Carlos III king?

Charles III, who has held the British throne since his mother, Elizabeth II, died on Thursday, will be formally proclaimed sovereign of the United Kingdom this Saturday by the Accession Council, a ceremonial body that was convened for the last time after the death of George VI, in 1952. 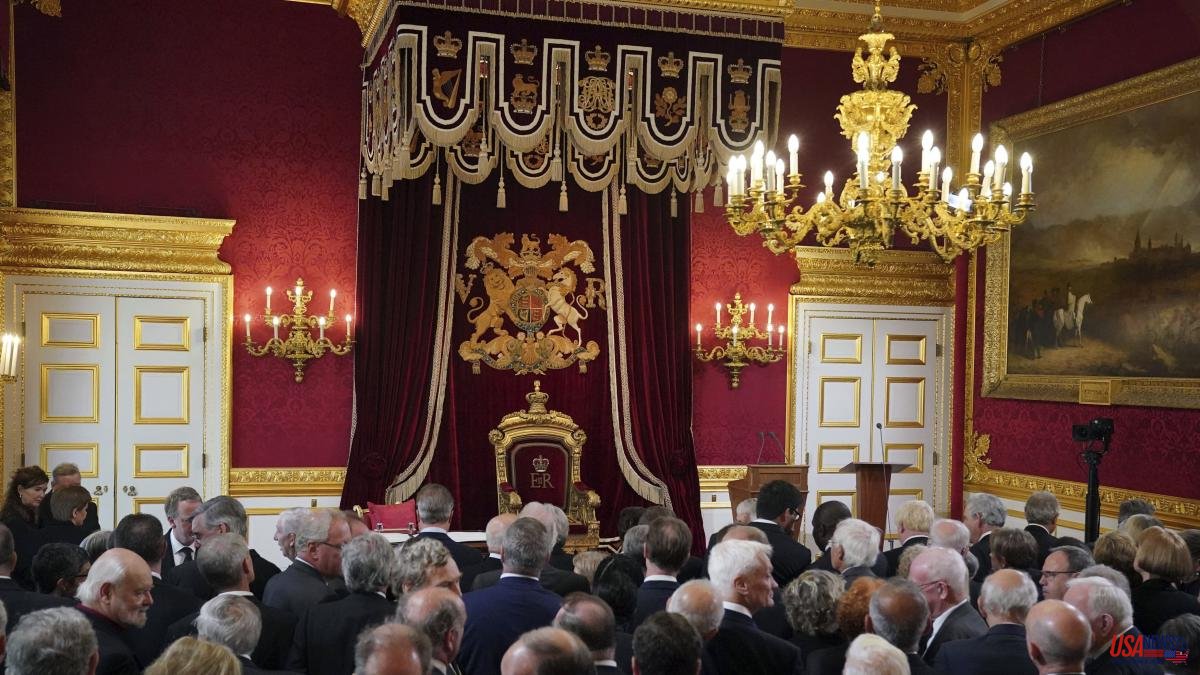 Charles III, who has held the British throne since his mother, Elizabeth II, died on Thursday, will be formally proclaimed sovereign of the United Kingdom this Saturday by the Accession Council, a ceremonial body that was convened for the last time after the death of George VI, in 1952.

- How is the Adhesion Council formed?

Most of those invited to join the body are members of the British monarch's Privy Council, a large group that includes retired and active politicians, high-ranking church officials, judges and other public figures.

The Privy Council, founded in 1708, is a historical vestige of the assembly that surrounded the first Norman kings of England, which fulfilled the function of the current government cabinet.

The number of directors has skyrocketed during the reign of Elizabeth II, from 175 to more than 700 today. For reasons of space and security, hundreds of them are not present at today's event. The Privy Council Office has been in charge of selecting those who can attend the ceremony, with just over 200 attendees.

In addition to the members of the Privy Council, other senior officials participate in the Accession Council, as well as representatives of the 14 countries of the Commonwealth of Nations of which the British sovereign is also head of state.

- Who leads the ceremony?

Former Defense Minister Penny Mordaunt, who was appointed chair of the Privy Council this week by Prime Minister Liz Truss, leads a televised ceremony for the first time in history.

As members of the Privy Council, Camilla, the Queen Consort, is expected to be present; William, Prince of Wales; the Archbishop of Canterbury, Justin Welby, Primate of the Anglican Church, and the Prime Minister.

- How does the event unfold?

The ceremony, governed by a rigid protocol that requires those attending to remain standing, consists of two parts: the proclamation, in which the king is not present, and his first meeting with the Privy Council.

Mordaunt is in charge of officially announcing the death of Queen Elizabeth II and then calling the Secretary of the Council to read aloud the text of the Proclamation of the new Head of State, which is signed by Camila, Guillermo, and the Prime Minister, among other figures.

In the second part of the act, King Carlos III enters the room, makes a personal statement on the death of Elizabeth II and reads a traditional oath, which dates back to the 18th century, in which he undertakes to maintain the status of the Church of Scotland.

In Scotland, Church and State maintain the separation of powers, while the British sovereign simultaneously acts as supreme governor of the Church of England.

Traditionally, this has been the occasion in which the new monarch reveals the name under which he will reign, although in this case it was the prime minister who revealed in a speech that the prince until now has adopted the name of Carlos III -baptized as Carlos Felipe Arturo Jorge, could have chosen another of his nicknames.