The socialist government of Ximo Puig yesterday put the Valencian Community in the regional race for tax reductions, reducing the tax bill to 97% of the taxpayers of that autonomy with retroactive effect from January. 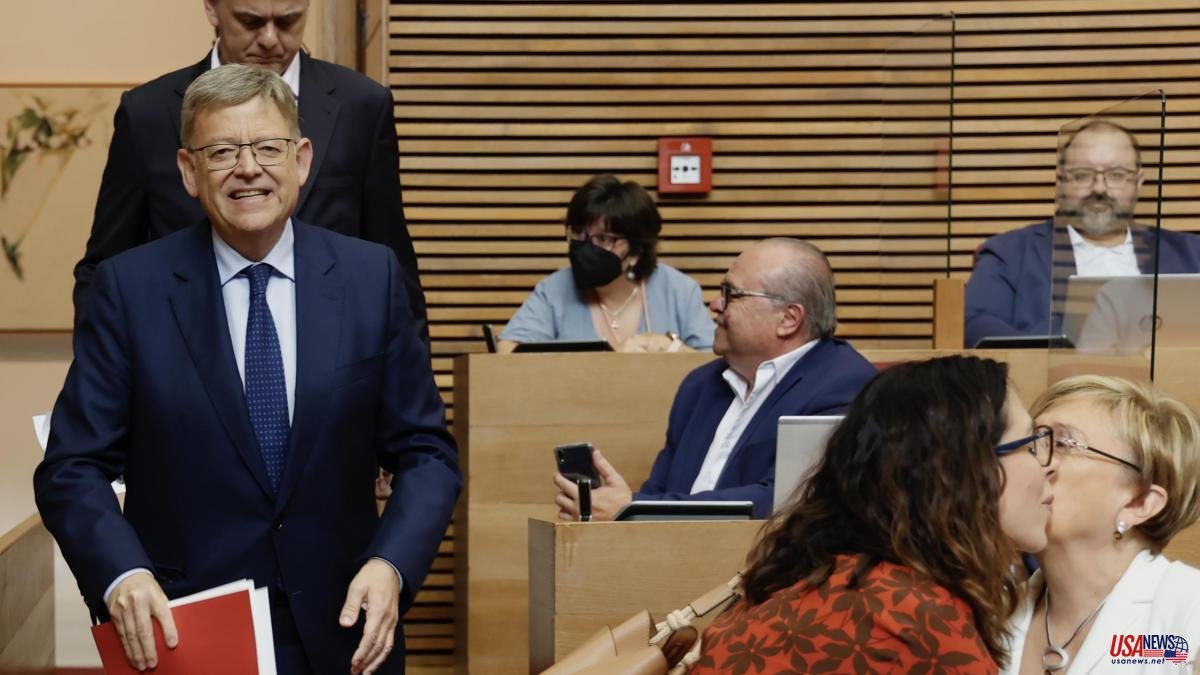 The socialist government of Ximo Puig yesterday put the Valencian Community in the regional race for tax reductions, reducing the tax bill to 97% of the taxpayers of that autonomy with retroactive effect from January. "Some lower taxes on the rich while here the majority of Valencian society is helped to make ends meet," said the president of the Valencian Generalitat in his speech at the general policy debate held.

With Valencia, there are already more autonomous communities in Spain that have announced reductions than those that keep taxation intact. For this reason, the pressure on governments that have not lowered taxes, such as the Catalan government, to make a move is maximum. Puig –in addition to reducing the regional income tax brackets– will increase by 10% the deductions for income of less than 60,000 euros: some 1.3 million people. Those 60,000 euros is the taxpayer's tax base that is obtained by adjusting income downwards based on various tax concepts.

Puig yesterday wanted to confront two ways of understanding the priority in fiscal policy to mitigate the effects of inflation on the economy. It was, moreover, the obligatory specification after three weeks ago he announced at a conference that he was going to address a tax reform.

In recent weeks, autonomies governed by the PP such as Madrid, Andalusia, Murcia or Galicia have announced the reduction of personal income tax but also the abolition or reduction of taxes such as wealth or inheritance that benefit large estates or large incomes . A strategy harshly criticized by the central government, which is considering increasing the tax burden on the richest in the face of the PP's change of course. The Ministry of Finance is working against the clock to carry out a tax on large fortunes with the aim of harmonizing the wealth tax throughout Spain through the back door.

With the new autonomous personal income tax rate in Valencia, pressure is reduced on all existing sections of less than 60,000 euros per year: income of 10,000 euros will save 21% on taxation, which represents a saving of 94.5 euros, according to the calculations provided by Puig; those of 20,000 will do so by 7.3%, which translated into euros would mean a saving of 117 euros; and those of 30,000 will save 2.2%, which would mean a saving of 67 euros per year. Puig rejected the "fiscal gifts to fortunes", for which he wanted to make it clear that "here we are not going to eliminate the wealth tax". This tax no longer exists in Madrid or Andalusia, which has just announced its abolition, and in Galicia, where very little was already paid, the regional government has decided to reduce it to 50%.

In Valencia, the 10% increase in bonuses will focus on deductions for children, for renting a home, for being a single-parent or large family, for reconciling work with family life, for childcare or school expenses under 3 years old. "No to fiscal populism, yes to fiscal progressivism," Puig said. In addition, the Generalitat Valenciana will approve a tax deduction of 100 euros for mortgages of up to 30,000 euros and free transportation for young people.

The proposal contemplates that those who exceed 60,000 euros of income cannot benefit from the tax reduction and "will maintain their fiscal effort in the set of the norm". He did not specify how it would be achieved. Not even if it is through a rate increase for those taxpayers.

The Catalan Government is perhaps the one that receives the most pressure with the Valencia movement. The two communities are the ones with the highest tax pressure for high incomes through assets and, at the same time, high levels of taxation for low incomes. The Valencian Generalitat has now shown that taxes can be lowered for low and medium income taxpayers. According to REAF calculations, Valencia and Aragón were until now the two communities with the highest income tax for taxpayers with 16,000 euros, only surpassed by Catalonia. Now Valencia will escape from the podium.

And yesterday also the president of Aragon, the socialist Javier Lambán, assured that “what other communities do” is “exactly the same”, referring to the Valencia movement, but he acknowledged that in the current economic context, after the pandemic and the high inflation, it could be "reasonable" to address a review of taxation, reports Efe.

In the case of Catalonia, the main problem facing the coalition government is that its priority partner to agree on the budgets (Comuns) opposes any tax reduction because it considers that it especially benefits taxpayers with more income. As personal income tax is a compound tax, any reduction in the first sections affects all taxpayers.

Economists specializing in public finance consulted consider that a tax reduction makes sense in an environment of growth in collection thanks to runaway inflation. For UPF professor Guillem López-Casasnovas, the fairest thing to do is to deflate the income brackets to prevent taxpayers from paying more personal income tax with the salary increase derived from inflation. López-Casasnovas believes that capital income taxation should be increased. They are what the taxpayer receives apart from wages.