The announcement of changes to the Constitution of Uzbekistan, proposed by President Shavkat Mirziyóyev, sparked protests last week in the Karakalpakistan region, which feared losing its high degree of autonomy and the right to become independent from the country. 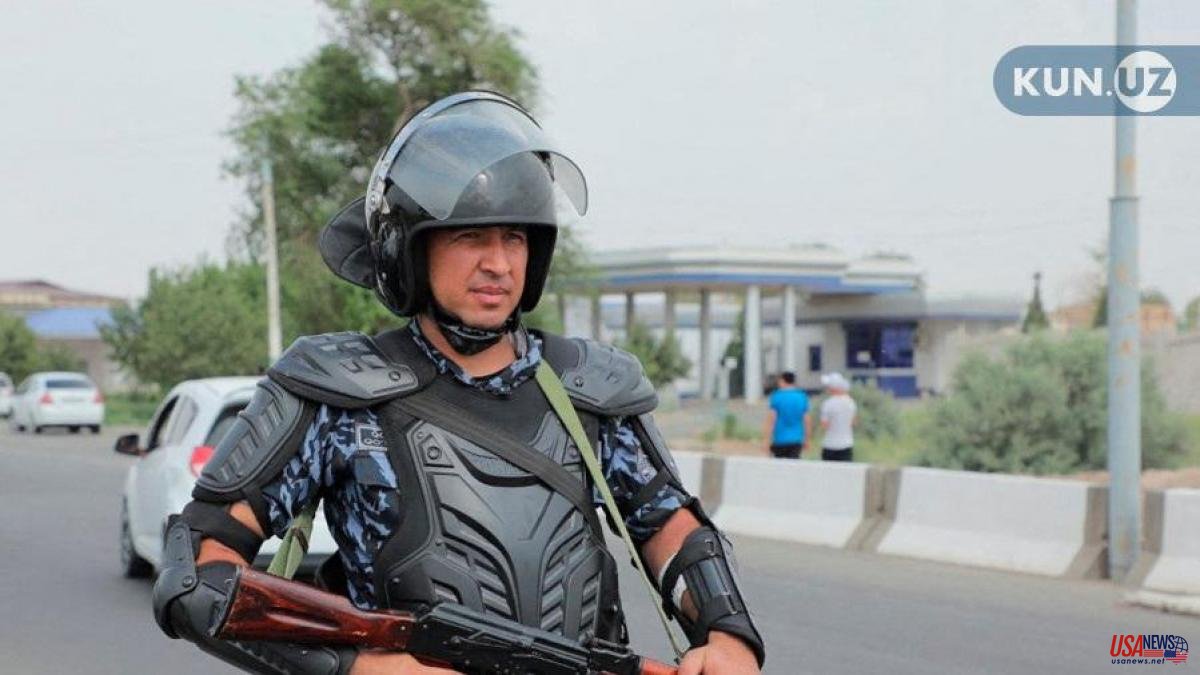 The announcement of changes to the Constitution of Uzbekistan, proposed by President Shavkat Mirziyóyev, sparked protests last week in the Karakalpakistan region, which feared losing its high degree of autonomy and the right to become independent from the country. The Tashkent authorities acknowledged on Monday the death of 18 people in the violent clashes on Friday and Saturday in the regional capital, Nukus.

243 people, including 38 members of the security forces, were also injured in the riots. However, regional health minister Sultanbek Ziyayev told Daryo.uz on Sunday that "thousands of injured have been hospitalized and are being treated."

Officially, there were also 516 detainees, according to the National Guard, many of whom are already free.

The backlash against his plans forced the Uzbek president to visit the region over the weekend. Mirziyóyev announced there that he was giving up on eliminating the autonomy of Karakalpakia, as this region is also known.

In an intervention before local deputies, he assured on Saturday that the idea of ​​the referendum to change the Constitution was misunderstood. "Why didn't they call me and tell me that people were not happy? I am human too (...) We have to live in freedom, people must live in freedom, regardless of their nationality, religion or language. It is done constitutional reform to improve people's lives. If the people of Karakalpakistan are not happy, then not a single article will be changed," the Uzbek leader announced, according to his press service.

On Sunday, the Uzbek government considered the situation under control, although it also declared a month of state of emergency in the region and a night curfew.

Located northwest of Uzbekistan, Karakalpakistan is the largest region in this Central Asian country. It occupies more than a third of the surface of Uzbekistan. But its weight in terms of population is much lower: it has less than two million inhabitants of the 34.5 million that live in Uzbekistan. One of its main sources of wealth, the Aral Sea, has dried up in recent decades, so it depends economically on the rest of the country.

Karakalpakistan is the former Kara-Kalpak region, which from 1930 to 1936 was part of the Russian Soviet Federative Socialist Republic. It was later transformed into the autonomous republic of Karakalpak.

In 1990, a year before the end of the Soviet Union, Karakalpakistan's parliament declared its independence. In 1993, he agreed to be part of Uzbekistan, one of the fifteen republics into which the USSR was divided, but gaining rights. Instead of autonomy, it managed to be a sovereign state within the new country. That sovereignty is guaranteed in the Constitution of Uzbekistan and implies that it can become an independent country through a referendum.

The constitutional changes proposed by Mirziyóyev were intended to deprive the region of these privileges.

Independent journalist Alexei Volosevich explained on Monday on the Russian radio station BusinessFM that "Shavkat Mirziyóyev began talking about upcoming changes to the Constitution as soon as he was re-elected for his second term."

Mirziyóyev has been the leader of Uzbekistan since 2016, after the death of the authoritarian Islam Karimov. From the beginning he initiated a series of social and economic reforms that gave rise to certain hopes, but which have not, however, translated into greater political freedoms.

According to the Constitution of Uzbekistan, the president of the republic can only hold office for two terms in a row. "The idea of ​​Mirziyoyev's re-election for a third term is not popular. People are upset about this, and in order to increase his popularity among the representatives of the so-called patriotic Uzbeks, he supported introducing the amendments regarding the Karakalpaks," Volosevich explained.

The bill on constitutional changes was presented on June 26. It does not include allowing an increase in terms for the president, but rather increasing the number of years at the helm of the country from the current five to seven.