Countries around the world began this Monday the last round of negotiations for an international treaty to protect the high seas with calls for "flexibility" and "compromise" that concern environmental groups, as they fear a text with little ambition that insufficient to save the oceans. 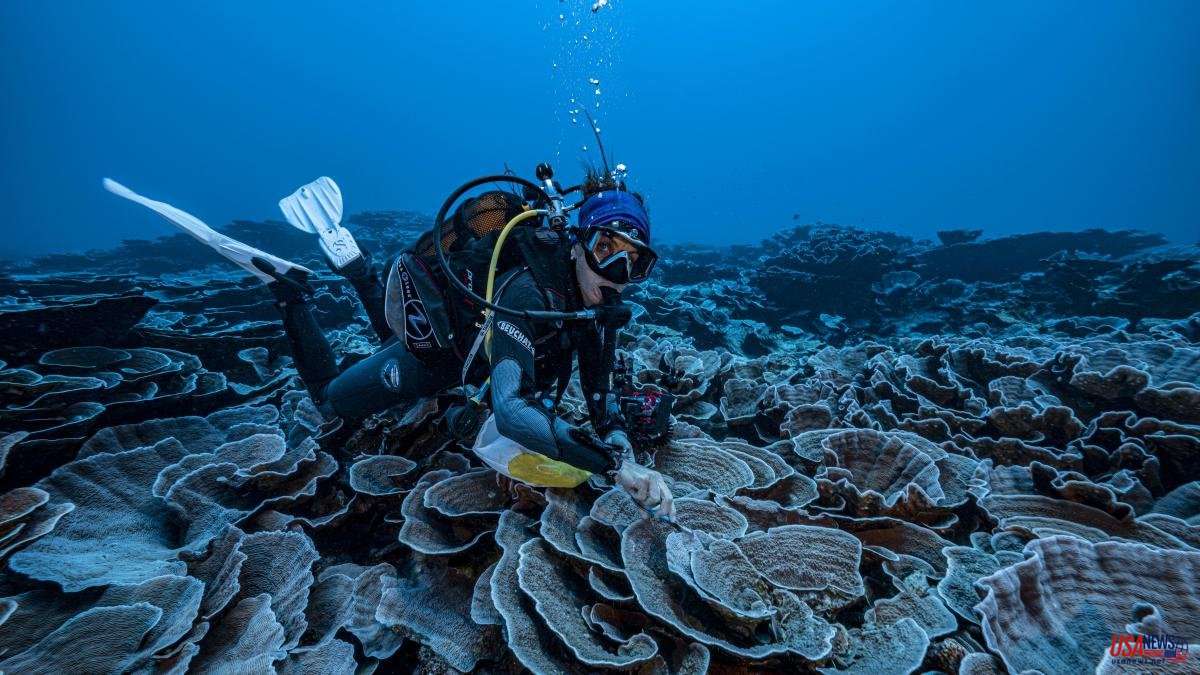 Countries around the world began this Monday the last round of negotiations for an international treaty to protect the high seas with calls for "flexibility" and "compromise" that concern environmental groups, as they fear a text with little ambition that insufficient to save the oceans.

After four previous rounds and two years of delays due to the pandemic, it is expected that over the next two weeks the governments will finally agree on a legally binding instrument for the conservation of international waters, which account for two thirds of the total area of ​​the oceans.

The Russian invasion of Ukraine has now become a new obstacle to advancing in the negotiation of the document being debated these days in New York at this (full title) Intergovernmental Conference on an international legally binding instrument within the framework of the United Nations Convention United Nations on the Law of the Sea regarding the conservation and sustainable use of marine biological diversity in areas beyond national jurisdiction.

"The disastrous state of the oceans means that this is the time to act," said the secretary general of the conference negotiating the treaty, Miguel de Serpa Soares, who also urged all countries to show a spirit of "cooperation" and find "compromises".

Lee said the goal should be a pact that is "fair, balanced, enforceable and attracts universal implementation" and encouraged that the pursuit of perfection should not ruin the chance of a positive outcome.

“Flexibility, yes, of course. There are almost two hundred countries to decide on a treaty…, but a lot of leadership is needed so that this does not remain business as usual,” Pilar Marcos, who is part of the Greenpeace delegation that has traveled to New York, explained to Efe.

Marcos acknowledged that "a great deal of diplomacy" will be needed to bring countries with very different positions on the oceans into agreement, but he recalled that there are too many experiences that have remained "on paper" and that now the status quo cannot be maintained.

“The oceans are really in a death spiral and we cannot spend two decades debating whether or not sanctuaries can be created in the high seas,” he insists.

“This negotiating session should aim for the most ambitious compromise possible. It's time to put aside self-interest and make the right decisions for the future of our ocean, our climate and our communities," Jessica Battle, an expert at the WWF organization, said in a note.

Environmentalists have set a list of issues that they consider essential for the future treaty to be considered a success and that focus mainly on whether or not the establishment of "marine sanctuaries" is facilitated, areas free of activities that destroy biodiversity. such as fishing and mining.

The goal set by these groups is that by 2030 the protection of at least 30% of the ocean area can be guaranteed, according to the High Seas Alliance, a large platform in which dozens of NGOs have associated.

Fifty countries, led by the European Union (EU), have committed to closing an "ambitious" agreement this year, but environmentalists question even the will of this group due to the presence of countries with strong fishing interests such as Spain. , Portugal or Denmark.

The NGOs grouped under the umbrella of the Alliance for the High Seas warn that, above all, the UN countries have to decide if they want a treaty that really allows "conserving" areas of the oceans or "managing" them and, therefore, allowing activities such as fishing or underwater mining to continue.

In order to come to an agreement, the governments will have to overcome their differences in this area, but also the more general political division that is being experienced right now in the international community and that this Monday became evident when, already at the opening session, the powers Westerners and Russia exchanged accusations over the war in Ukraine.

binding under the Convention on

United Nations on the Law of the Sea

relating to conservation and sustainable use

of marine biological diversity in areas