The recovery of the city of Liman by the Ukrainian troops after its occupation by the Russian army has provided a new ball of optimism for the army that depends on Kyiv and for the Government of Volodomir Zelenski. 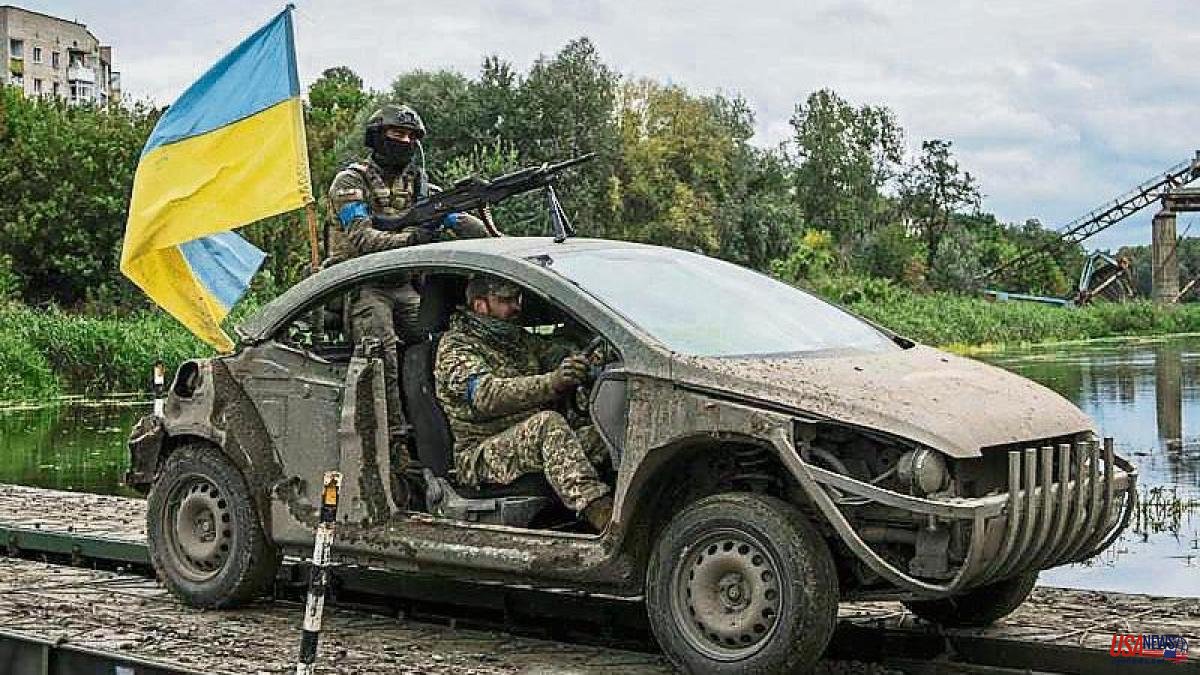 The recovery of the city of Liman by the Ukrainian troops after its occupation by the Russian army has provided a new ball of optimism for the army that depends on Kyiv and for the Government of Volodomir Zelenski. The forced withdrawal of the Russian invaders from areas recently illegally annexed by Russia has not only been a new success for Ukraine but also a severe setback for the Russian leader Vladimir Putin, whose internal opposition is expected to grow, considered soft by some and a dangerous adventurer for others.

As a sign of that morale of victory - one of the factors that traditionally drives the push of troops on the battlefront - Zelensky said that his country's flag is already flying in many places in Donbas, where Russia has held annexation referendums that he called a "farce".

“Russia staged a farce in Donbas. An absolute farce that he wanted to present as referendums,” said the Ukrainian president. “They staged a number, they went through the houses with machine guns, they distributed pieces of paper and the propagandists made films with the occupied areas. And now the Ukrainian flag flies there,” he added.

According to Zelensky, during the past week the Ukrainian flags have increased in Donbas and “next week there will be even more”.

The President of Ukraine referred precisely to the city of Liman, where Ukrainian troops have already entered. “The Ukrainian flag is already flying in Liman, in the Donetsk region, and it is going to stay there. There are no traces of the referendums in that place”, assured the Ukrainian leader.

Zelensky said that Ukraine will regain all of its territory, including the Crimean peninsula, annexed by Russia in 2014.

“Ukraine will take back what belongs to it, in the east and in the south. What is trying to be annexed now and also Crimea which was annexed in 2014. Our flag will also be there”, he stated.

Russia's intention with the express annexations of four Ukrainian provinces occupied by its army - some lines recognized by no one and today broken by the Ukrainian advance - was that these territories were already considered Russian soil and therefore legitimize more forceful actions against the Ukrainians by endanger the integrity of Russia.

This is where the words of the Chechen leader, Putin's ally, Ramzán Kadírov, fit in. He advocated this Saturday for "more radical measures" in Ukraine by Russia, including the use of "low-power nuclear weapons." “Yesterday there was a stop in Izium (town of Kharkiv), today the (Ukrainian) flag in Limán. And tomorrow what?”, wrote the Chechen leader in his Telegram account last Saturday. "From my point of view, more radical measures must be taken to the point of declaring martial law in the border territories," concluded Kadirov, lately very critical of the direction of the war in Ukraine, because he understands it soft.

Meanwhile, concern and impatience is growing among Ukrainians displaced from occupied zones to areas considered free, where the Russians have not entered or have already withdrawn. The example of Limán fuels this type of turmoil, since there are many relatives of these displaced people who remain in areas recently annexed by Russia. They fear for the loved ones who remain in them. Despite this, testimonies collected by Efe continue to be convinced of Ukraine's victory in the war.