The Junts per Catalunya parliamentary group has asked the Parlament Board to reconsider the agreement of July 28, 2022 in relation to the suspension of the rights and duties of the deputy and president of the institution, Laura Borràs, as reported by the group itself in a statement. 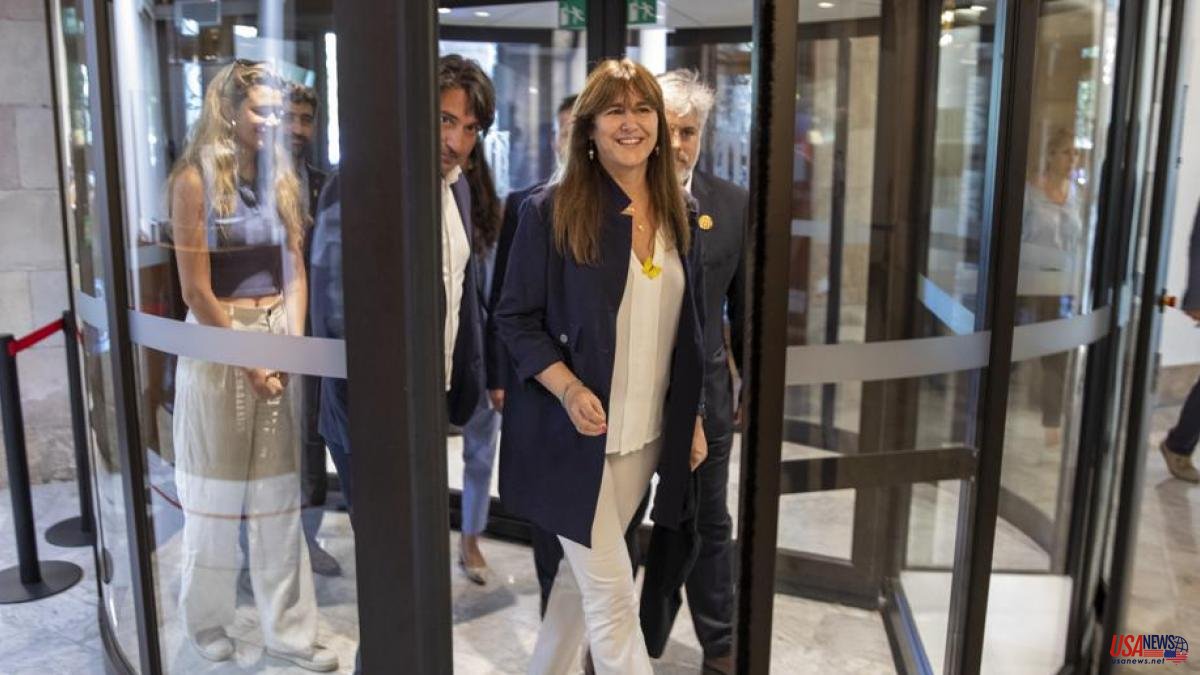 The Junts per Catalunya parliamentary group has asked the Parlament Board to reconsider the agreement of July 28, 2022 in relation to the suspension of the rights and duties of the deputy and president of the institution, Laura Borràs, as reported by the group itself in a statement.

According to Junts, the application of article 25.4 of the Chamber's regulations to suspend Borràs violates fundamental rights such as the right to be presumed innocent, the right to political participation and the principle of legal certainty.

In this way, following the recommendations of the president's legal team, this procedure will serve to exhaust all administrative routes before opening the judicial process in Europe.

The agreement of July 28 was taken after Borràs was formally accused of embezzlement for her management at the head of the Institució de les Lletres Catalanes. Borràs' suspension was approved with the votes of the representatives of the PSC, ERC and the CUP. Her party, Junts, opposed the decision.

Article 25.4 -introduced in the reform of the regulation approved by Junts and the CUP in 2017, on the eve of the October 1 referendum and which Borràs wanted to eliminate- establishes that the Table "must agree to suspend parliamentary rights and duties in a immediately" if a deputy is opened an oral trial for corruption.

Despite having his functions suspended, Borràs refuses to resign from his position, which prevents a substitute from being appointed as president of the Parliament and forces these functions to be provisionally delegated to the first vice-president, Alba Vergés.

Despite the days that have elapsed since her suspension, the official website of the Parlament maintains Borràs as president of the Chamber, although it includes a clarification in the header explaining the circumstances of the July 28 agreement, the suspension of her powers and her replacement by the first vice president with the same rights, duties and powers. In fact, Borràs used her Twitter account last Friday as president of Parliament.

Meanwhile, the PSC and the commons press for his resignation. The deputy secretary of the PSC Lluïsa Moret assured on Sunday that her party will promote "the necessary measures" to replace him if Junts does not take measures in this regard. In an interview with Europa Press, Moret stressed that the Socialists and their parliamentary group are assessing options and working to set their roadmap on this issue: "What we will do is explore and see which is the path that can be most effective or more effective."

For his part, the spokesman for Catalunya en Comú, Joan Mena, yesterday urged the PSC and the ERC to "not allow Laura Borràs' trickery maneuver", who, despite being suspended, wants to "remain in office" until there is a sentence on his case, which prevents the appointment of a substitute in the presidency of Parliament. According to Mena, "Borràs is doing irreparable damage to the institution of Parliament and if she is not capable of making the decision to withdraw and resign as president, the parties that can prevent her from continuing (PSC, ERC and CUP, which are represented in the Board) have to remove her from office".