Together and Esquerra are enrocado and sharpen the disagreement

One week before the debate on general policy is held in the Parliament, marked on the calendar by Junts per Catalunya as a turning point and change of elevation in the Catalan legislature, the two partners of the Government remain entrenched in their positions beginning and sharpen their disagreement. 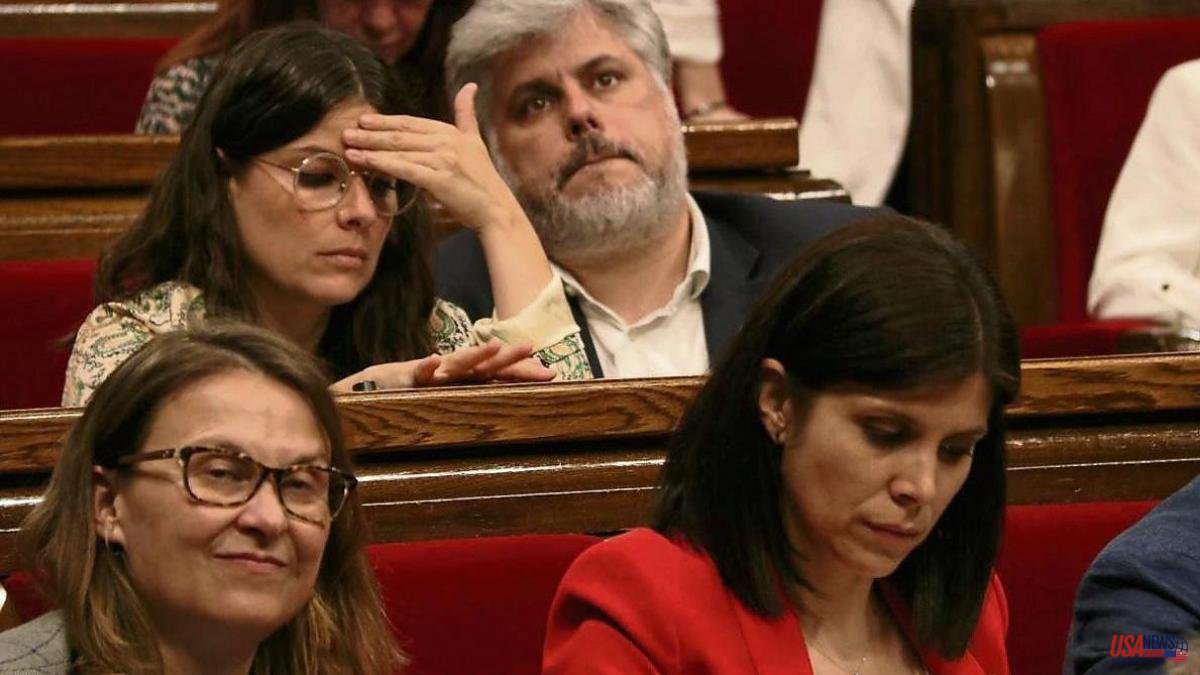 One week before the debate on general policy is held in the Parliament, marked on the calendar by Junts per Catalunya as a turning point and change of elevation in the Catalan legislature, the two partners of the Government remain entrenched in their positions beginning and sharpen their disagreement. If Junts insists that it is President Pere Aragonès who must move to comply with the agreement they signed in May 2021, Esquerra rejects any ultimatum and points to the divisions of Jordi Turull and Laura Borràs. "There is not a crisis of the Government, but a crisis within JxCat", the spokesperson and deputy general secretary of the ERC, Marta Vilalta, pointed out this Monday in this regard.

Thus, with the current scenario, the two parties are moving towards the clash, but there is a week left and there will be new meetings between the two formations until the last moment, meetings that according to Josep Rius, vice president and spokesman for Junts, are "constant and frequent ”. And there are expected to be more this week. “The result of talking and contrasting points of view is always positive”, the leader has affirmed regarding the periodic appointments with his partners, but he has clarified that “they have to help to advance”. “Junts is not asking for anything exceptional, that the Government agreement be fulfilled”, he added.

On the horizon, the milestone of the parliamentary debate that marks the orientation of the new political course has been crossed, the consultation with the JxCat militancy on its role in the Catalan Executive continues, but today the party's spokesman, Josep Rius, has avoided putting a date on it and set a calendar on everything related to that folder. "We are not yet in that scenario," he remarked. "We do not want to advance scenarios beyond what is public and notorious", stressed the leader of Junts, who has put the ball on the roof of the Republicans again. “We are at the point where Aragonès and Esquerra comply with the agreement”, reiterated Rius, who has rescued a fragment of Aragonès' investiture speech to demand that the independence agenda be resumed in the Government: “I present myself to complete the process of independence of Catalonia”.

The Turull formation has once again put on the table the three requests that it formulated a few days ago: that a strategic space for independence be constituted, that the dialogue table focus on self-determination and amnesty, and that there be a common front of the pro-independence formations in the Congress of Deputies in everything related to the procés. Points that in the opinion of the postconvergents are interconnected and that are in the pact that the president himself sealed with Jordi Sànchez.

In ERC, on the other hand, they seem willing to maintain their position until the last consequences, under the maxim "we are not going to solve their problems". The Republicans are not willing to negotiate the three conditions of Junts, almost totally convinced that whatever happens, the postconvergents will not leave the Government. Esquerra adopts a position of strength for a pulse that they believe will win. For those of Oriol Junqueras, first of all they have to "restore trust".

Just around the corner is the general policy debate, for which ERC and Junts will agree on resolutions at the sectoral level. However, so far they have not agreed on any national action. Vilalta has asked Junts that all the controversy between the two parties not spill over into that parliamentary session.