The coffin with the mortal remains of Queen Elizabeth II is already inside the Palace of Westminster, specifically in Westminster Hall, where it will remain until Monday, when a historic state funeral will be held. 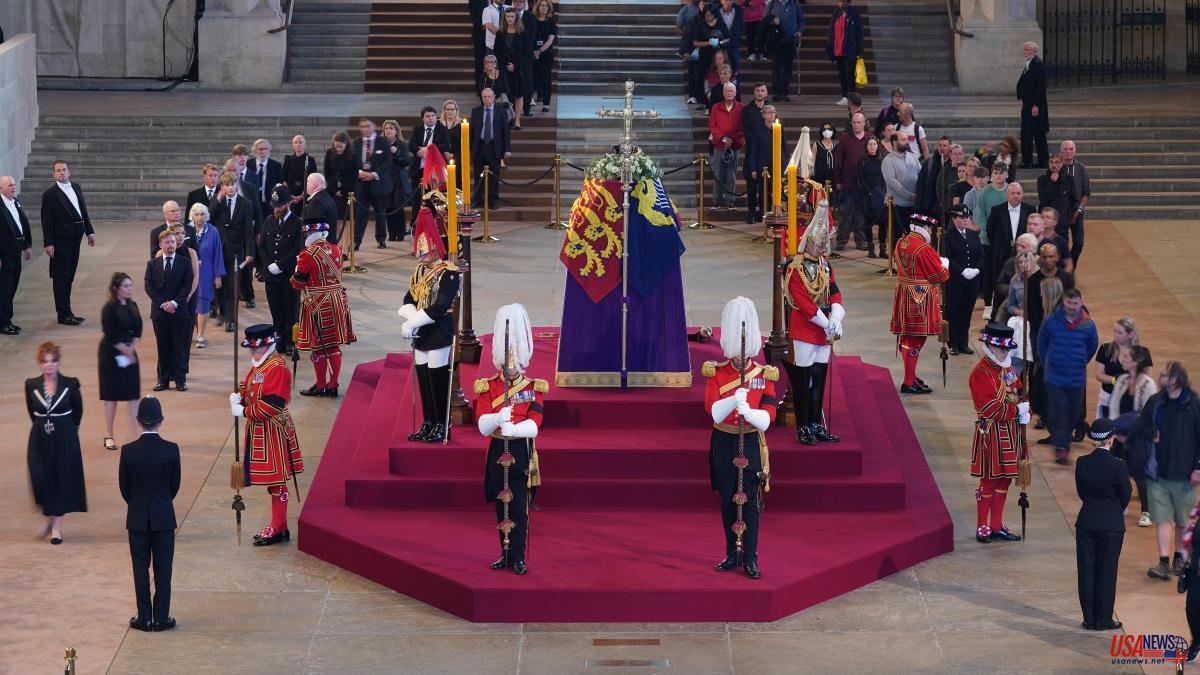 The coffin with the mortal remains of Queen Elizabeth II is already inside the Palace of Westminster, specifically in Westminster Hall, where it will remain until Monday, when a historic state funeral will be held.

The day has started with a massive funeral procession that has moved the coffin of Elizabeth II from Buckingham Palace, where it arrived on Tuesday night from Scotland, to the Palace of Westminster.

Thousands of people have taken to the streets to witness the funeral procession, led by a carriage with the coffin of Elizabeth II and just behind, Carlos III, Prince William, Prince Andrew, Princess Anne and Prince Henry. The new queen consort, Camila; the Princess of Wales, Catherine; and the Duchess of Sussex, Meghan, have traveled by car.

Already in Westminster, a new mass has been celebrated in memory of Elizabeth II. One of the most outstanding images of this Wednesday has been that of Prince Enrique, visibly moved during the tribute to his grandmother. And unlike what happened last Thursday, when he traveled to Balmoral Castle after announcing the worrying state of health of Elizabeth II, this time he has been accompanied by his wife, Meghan Markel.

Once the new mass in memory of Elizabeth II has finished -one was already celebrated in the Cathedral of Saint Giles in Edinburgh last Monday-, a funeral chapel has been set up in the same Palace of Westminster, so that those who wish to can farewell to the British monarch.

This burning chapel has opened its doors around 5:00 p.m. local time and since then people have not stopped passing by to say the last goodbye to Elizabeth II. In fact, the first to enter have queued since Monday and there are long lines outside the building. In fact, yesterday the London police warned that there could be queues of up to 35 hours. It is estimated that some 750,000 people will say goodbye to Elizabeth II.

Elizabeth II's funeral chapel at the Palace of Westminster will remain open for four days. Already on Monday, her coffin will be carried in procession to Westminster Abbey, where her state funeral will be held.